An Arizona House Republican wants to remove lessons about the social and economic consequences of climate change from the statewide requirements for K-12 environmental education.

House Education Committee Vice-Chairman John Fillmore, R-Apache Junction, introduced legislation this month that would strike “a discussion of economic and social implications” from the state’s current requirements for environmental instruction curricula. The only other requirement is that lessons be based on reliable and current scientific information.

Fillmore described the bill as “ending indoctrination in the global warming programs,” but under the “reliable and current scientific information” condition for curricula, climate change would still be taught even if Fillmore’s bill passed, given that the overwhelming majority of reliable and current scientific information about the earth’s climate points to a global increase in temperatures.

Neither Fillmore, nor his Democratic co-sponsor, Rep. Gerae Peten, responded to repeated requests for comment. 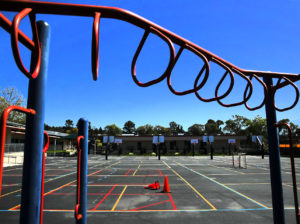 For everyone teaching kids at home during the coronavirus crisis, here’s what and what not to do