Pollack: Economic expansion ‘late in the game’ but no expectation of recession; more open jobs than workers

The current economic expansion is the longest one in U.S. history and the cycle is in its later innings.

But don’t expect a recession or severe downturn nationally or in Arizona in 2020. That is according to economist Elliot Pollack.

“We’re very late in the game,” said Pollack, CEO of the Elliott D. Pollack & Company, speaking to a crowd of approximately 300 people at Pinal Partnership this morning of the current economic expansion which started in 2009. “That doesn’t mean it’s going to end anytime soon.

Pollack, who spoke this morning at the Pinal Partnership breakfast event, does not foresee a major economic downturn next year and expects when the next recession that the slowdown will not as severe at the ‘Great Recession’ that hit Arizona particularly hard.

“Most recessions are short and shallow,” Pollack said.

Eighty eight percent of jobs created in Arizona are in the Phoenix metro area (Maricopa and Pinal counties), Pollack said.

Pollack expects when the next downturn does hit the U.S. economy the effect on Phoenix will be milder than the last downturn which hit the likes of Arizona, Nevada and Florida hard.

He also noted the state of the U.S. labor market where there are 7 million unfilled and available jobs and 4.8 million unemployed persons.

“Anybody can get a job if they want it,” said Pollack.

“Employment growth is going to slow,” he said.

Pollack said most regional, state and national economic indicators and downplayed the economic drag of the U.S.-China trade war. He said U.S. exports to China are smaller than Chinese imports to the U.S. putting pressure on Beijing to find a new trade deal with President Donald Trump.

Pollack said when the next recession does come the Federal Reserve and other central banks will be challenge because they have already kept interest rates low and adjusted money supplies after the Great Recession.

“If there is a recession, they’ve got no bullets in their gun,” Pollack told the Pinal Partnership. 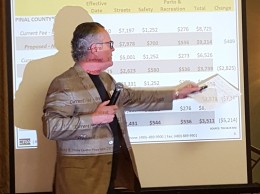 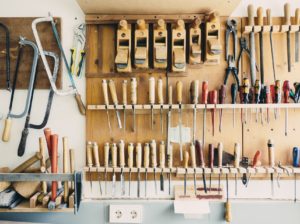