It was a short week for economic data. The government was closed on both Thanksgiving and Black Friday. But, there were some important pieces of information. Third quarter real GDP was revised upward. Though it was not dramatically higher, the revisions still show more strength than originally reported. Also, the Consumer Confidence Index remained at high levels and validated last week’s strong Consumer Sentiment reading. Personal income was disappointing but was still up at a rate higher than inflation and new employment. And consumers continued to spend. New home sales, while essentially unchanged from the last two months, are at a three-month average not seen this high in 12 years.

Given a supply constrained housing market, this is good news. In addition, housing prices are now growing at about the rate of inflation. This is about normal for home price increases in the long run. And probably the best news was that durable goods orders excluding transportation were up for the month and were only fractionally down from a year ago.

As for Arizona, activity at Sky Harbor continues to expand and housing prices in Phoenix are increasing more rapidly than in any other major market in the country. That’s actually not good news. It shows a continued and significant supply/demand imbalance and will not help with affordability going forward. In good news for housing, permits remain high and at the present time affordability is about at the long run average.

Third quarter real GDP was revised upward from 1.9% to 2.1%. Consumer spending remained a growth leader despite posting slower growth than in the second quarter. Inventory investment turned to a minor support to growth and the drag from trade shrank from the second quarter. Government contribution declined. Real disposable income improved to 2.9% and the savings rate increased. Overall, the economy grew near its 2% growth potential.

The Conference Board’s Consumer Confidence Index declined by a small amount in November.  The index stood at 125.5 compared to 126.1 in October and 136.4 a year ago.  The index is still at a high level (see chart below).

Personal income was disappointing.  It was flat in October compared to September.  But, it is still 4.4% above a year ago.  The good news is that most of the growth came from compensation of employees.  This was largely offset by losses in the more volatile categories of proprietor’s income and receipts on assets.  Disposable personal income was also nearly flat while personal consumption expenditures were up 0.3%.  Thus, consumers continue to spend. This is good news going into the holiday sales season.

Durable goods orders were up 0.6% for the month. This is better than expected.  This increase, up four out of the last five months, followed a 1.4% decline in September.

The NAR pending home sales index retreated modestly in October to 106.7 compared to 108.6 in September and 102.2 a year ago.

New home sales declined slightly to 733,000 in October from 738,000 in September.  The three month average is now the highest in 12 years.  While the lack of inventory is still a problem nationally, these numbers are a positive if they continue into the spring sales season.

The S&P/Case-Shiller home price index has now slowed to about the level of inflation. This index is about the level that home prices mimic over the long run. The September index was 2.1% above year-earlier levels. In August, the increase was 2.0%. A year ago, prices were going up at a 5.1% rate.

Total activity at Sky Harbor International Airport increased 3.2% in October from a year ago. This is down from the whopping 6.5% we saw last month. Year-to-date, total activity is up 2.7% in 2019.

According to S&P/Case-Shiller, housing prices in Greater Phoenix continue to grow at a faster rate than any other metro in the index. This indicates a continued and significant supply/demand imbalance. While September’s year over year growth of 6.0% is slightly below August’s 6.3%, it is significantly higher than the composite-20 at 2.1% and the nation at 3.2%. 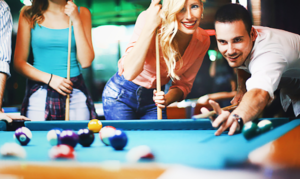 Arizona eases bar restrictions on games – but no dancing

Stockphoto By Howard Fischer | Capitol Media Services via Arizona Capitol Times Karaoke is back at your local bar. So are pool and darts. Also 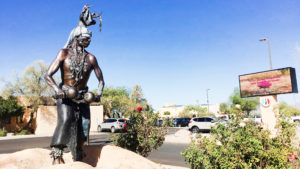 The Monday Morning QuarterbackA quick analysis of important economic data released over the last week Before we get into last week’s numbers. I want to

Rents climb in Phoenix as they fall in other cities 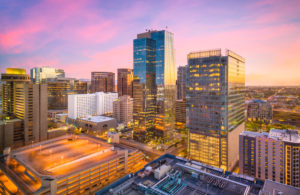 By AZ Business Magazine The Greater Phoenix Economic Council (GPEC) has been named the top economic development organization in the U.S. (population 500k+) by the 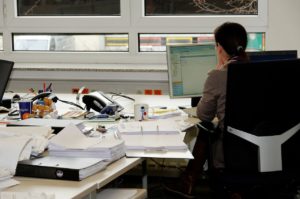 By Glenn Hamer | Chamber Business News We know Proposition 208 will cost Arizona jobs. The question is simply how many. A study by the 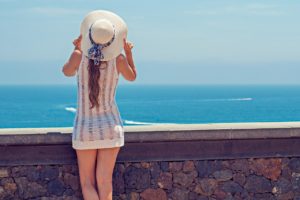 Interest in vacation areas picking up as pandemic persists 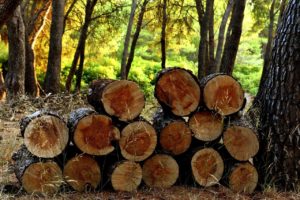 By David Logan | Eye On Housing Prices paid for goods used in residential construction climbed 1.8% in September (not seasonally adjusted) according to the