Attorneys for the organizations charge that there is a quorum of at least five legislative committees attending the annual conference of the American Legislative Exchange Council. That organization, funded largely by corporate interests, serves as a clearinghouse of sorts for proposed changes in state laws across the nation, changes that can wind up being formally adopted by the Arizona Legislature.

An ALEC representative called the suit a publicity stunt.

The lawsuit contends this process shuts the public out of the process at the earliest stages of amendments to state law. More to the point, the group argues, the fact that there is a quorum of a committee present means the first action on the legislation effectively occurs behind closed doors.

“When lawmakers are going to be debating, deliberating on, deciding upon the policies that impact every Arizonan, all Arizonans have a right to be able to view and participate in that process,” said Heather Hamel, an attorney with The People’s Law Firm, which is representing those who filed suit. “These proceedings completely undermine that.” 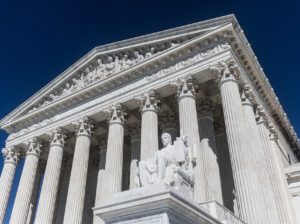