Brnovich said yesterday he wants to the Arizona Supreme Court to strike down the higher fees contending they go against a voter-approved law restricting Arizona cities from imposing new and higher taxes on business services.

“The Phoenix City Council is placing its policy preferences above the rights of the people to whom the government must always answer,” Brnovich said. “Arizona voters clearly spoke when they overwhelmingly approved Proposition 126. We will now take this matter to the Arizona Supreme Court and seek an expedited ruling. This is the most definitive way to provide clarity on the law, protect Arizona taxpayers, and hold the City of Phoenix accountable.”

Uber and Lyft both promised to end rideshare service to Sky Harbor Airport because of the higher fees.

“The Phoenix approach of ensuring that companies profiting from the airport pay their fair share is smart – and legal. This fee is no different from the fee every other vendor has paid at our airport since its creation. Lyft and Uber have been paying access fees since they began operations at Sky Harbor, the same fees they pay at most every other airport of our size. As our response demonstrated, and as AG Brnovich’s report acknowledges, Arizona state law gives cities the right to condition commercial access to airports with the payment of a fee.

Despite this being the law of the land, political pressure has led the AG to punt this issue to the Arizona Supreme Court. Phoenix Sky Harbor is one of the best airports in the nation and an incredible economic driver for our entire state.  We refuse to allow state officials playing politics to condemn its success.”

Conservatives including Phoenix City Councilman Sal DiCiccio applauded Brnovich’s move. DiCiccio voted against the higher rideshare fees including arguing they hurt the city’s image when it comes to economic development.

“Attorney General Mark Brnovich has declared that Phoenix’s horrible tax on rideshare may violate the Arizona State Constitution and therefore must go to the Arizona Supreme Court for review and determination. This is fantastic news for everyone who drives for or uses rideshare at the airport! I believe it is clear that this horrible tax is not only a direct attack on working- and middle-class families in Arizona, but it is also an outrageous violation of our constitution, and I am confident that the Supreme Court will throw out the horrible burden that Phoenix politicians recklessly imposed. Thank you AG Mark Brnovich for stepping in to protect Arizonans who depend on rideshare.” 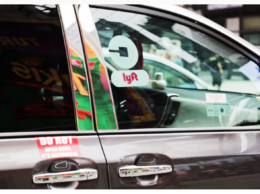 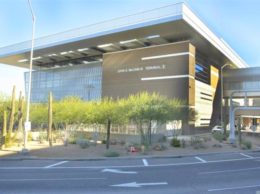 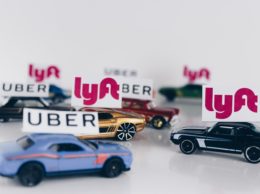