As a DREAMer, Antonio’s fate rests with a U.S. Supreme Court decision on DACA (Deferred Action for Childhood Arrivals). Should the court strike down DACA, a decision is expected in June, Antonio Valdovinos could be deported. Ironically, if Americano! is nominated for a Tony Award, the “Tony” who is the subject of the musical may not be able to attend the ceremony.

Members of the cast of the historic musical Americano! will stage a special preview performance on Wednesday, January 22nd for the students of Camelback High School, a predominately Latino school.

Prior to this, performance members of the media are invited to discuss the musical as well as the issues surrounding it with Valdovinos, the musical’s cast, and select students at Camelback High. Camelback High School is located at 4612 N 28th Place in Phoenix. Parking: South Lot off of Campbell Ave west of 28th Street.

The media availability will start at 10:30am at the Camelback High School Auditorium. Interested media can park in the south parking lot and enter the auditorium directly.

Tony graduated from Camelback High School in 2008. Tony’s journey would lead him into a life of politics as he became the first DREAMer to work at Phoenix City Hall. He would later become a political activist who played a key role in the election of a number of Arizona candidates including electing Marine Ruben Gallego to Congress. Much of the story line of Americano! takes place at Camelback High School.

Americano! runs from January 29th to February 23rd at The Phoenix Theatre Company.

Americano! is the first major musical based on a DREAMer.Americano! is a collaboration between The Phoenix Theatre Company and Arizona public relations executive and Bentley Scottsdale Polo Championships owner Jason Rose.The Co-Authors are The Phoenix Theatre Company’s Artistic Director Michael Barnard, and songwriter/arts reporter Jonathan Rosenberg. Barnard is also the Director ofAmericano!

Carrie Rodriguez, an Austin, Texas-based artist whose most recent release, the critically-acclaimed bilingual album, Lola, was named as one of NPR’s top 50 albums of the year, wrote the songs for the musical.Arizona bandleader Sergio Mendoza arranged the music.

“In addition to being a hugely entertaining production, Americano! offers a unique glimpse at a turbulent and troubled time in Arizona history. As the DACA program remains in jeopardy, those troubles continue today for Tony as well as many students at Camelback High and thousands of young people all over Arizona,” said Barnard.

Tickets for Americano! are on sale at www.phoenixtheatre.com. Shows take place in the Company’s 378-seat Mainstage Theatre, January 29 – February 23 with the World Premiere on January 31. Also visit AmericanoTheMusical.com for more information. 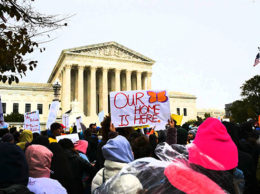 Is DACA doomed? Supreme Court signals it sides with Trump 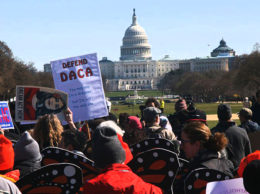 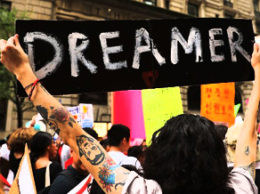 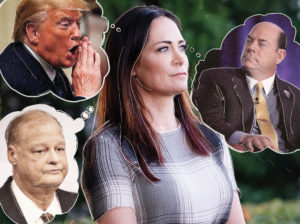