The city has decided to terminate a 15-year-old development agreement with a proposed residential-commercial subdivision because no progress has been made on the project.

At its Monday meeting, the city council pulled two items for discussion from the consent agenda which included the approval of terminating the Rancho Del Sol Brillante Development agreement from December 2004 and the appointment of members to the Historic Preservation Commission.

Rancho Del Sol Brillante was one of the projects in the early 2000s that the city entered into per an annexation and development agreement. 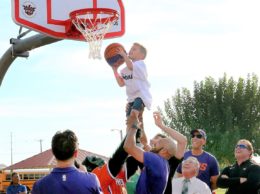