Utah authorities documented a similar scene at a home Petersen owned in West Valley City, a suburb of Salt Lake City. Prosecutors have asked the court to secure homes owned by Petersen as part of a similar seizure effort there.

Property records show Petersen bought the Mesa triplex through the Petersen Living Trust in 2017 for $390,000. It sold Dec.15.

← PREVIOUS ARTICLE
Opinion: Against all odds dreaming of a better tomorrow is uniquely American 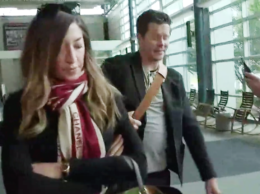