A day in the life of APEX staff (VIDEO)

When people think of a country-club racetrack like APEX Motor Club, they might think of rich folks lead-footing their upmarket sports cars for kicks. But the heartbeat of the still-developing complex is the staff.

According to co-founder Matt Williams, six of the track’s nine employees are local, and another relocated to Maricopa for the job. Four of them chatted with us about their typical day and how they landed their jobs.

Bandin graduated from Maricopa High School last spring and attends Park University in Gilbert to play baseball. His family moved to Maricopa when he was 7.

Foot-in-the-door moment: “I’ve liked cars since I was like 12. I got a job at the City Hall for an internship. I worked there with the economic development team. They had the grand opening for APEX, and I met Jason [Plotke] and Matt through photography there. I was brought out here a few times to take photos for them. Eventually, when they opened up, they offered me a job.” 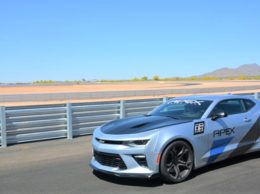 Lexus races ahead as the official vehicle of Apex Motor Club 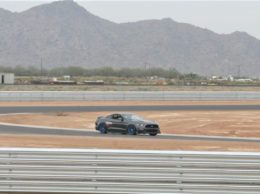