Where couples start “living apart together,” for instance, can make a big difference if they divorce. State laws can also affect trusts and other financial transactions

Gwyneth Paltrow, the actress who created the successful lifestyle brand Goop, said last summer that she and her new husband, Brad Falchuk, were living apart, on purpose. Although recently married, they had opted to maintain separate homes.

The practice, known as living apart together, dates at least to the 18th century, both among avant-garde artists bucking conformity and working people needing to sacrifice cohabitation for economic necessity.

In a recent interview in Harper’s Bazaar, Ms. Paltrow said they now live under the same roof. But the curiosity generated by her embrace of the practice gave lawyers and wealth advisers an opportunity to point to its risks. If a couple, wealthy or not, live in different legal jurisdictions, there can be a battle over which municipality’s or state’s laws prevail if they decide to divorce.

“The implications on a couple that is married and wants to dissolve the marriage, that’s where you’re seeing the ramifications of this,” said Michael Stutman, a founding partner of the law firm Stutman Stutman & Lichtenstein. He has represented clients in a living apart together arrangement who filed papers in the county or state that would grant them more favorable treatment in a divorce.

“Multi state residency can certainly lead to forum shopping so there is always a risk of exposure for multi-state couples where one state’s laws are more favorable to the other in terms of property and maintenance, but where issues related to the children are involved, the children’s home state should control.”

NEXT ARTICLE →
These are the best and worst careers for marriage; Kaine Fisher, Rose Law Group partner/director of Family Law, discusses his profession 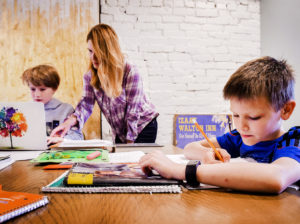