Gov. Doug Ducey and the Arizona Legislature have announced their versions of Arizona’s annual budget, which lays out key funding priorities to safeguard the well-being of our state. Those funds will be used to address a multitude of issues, but perhaps none is more important than Arizona’s water security.

As our state begins to reduce its use of water from the overtaxed Colorado River, our entire state — both urban and rural communities — needs to rethink how we use our water supplies in a way that better balances supply and demand and protects our finite groundwater resources.

Recent polling from the Morrison Institute for Public Policy found that Arizonans ranked water security as one of their greatest areas of concern. To reflect those concerns and proactively pursue forward-thinking water-saving solutions, it’s essential that the Legislature direct greater funding to the Arizona Department of Water Resources, the agency tasked with managing our state’s water stewardship.

The department suffered deep budget cuts following the Great Recession that continue to constrain its operations and, perhaps more importantly, its ability to ensure long-term, reliable water supplies to support Arizona’s economy. During the economic downturn, the Legislature reduced the Department’s staff positions by 61%. Now, almost 10 years later, the department is operating with only two-thirds of its pre-recession staff.

NEXT ARTICLE →
Pinal groundwater model in the works 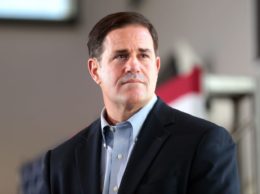