Last week’s data was more mixed but still shows an economy that will continue to grow at a moderate, steady pace.  The Blue Chip forecast panel still estimated that real GDP growth in 2020 and 2021 will be slow but stable.  The panel also indicated that it believes there is a lower probability of recession this year and next than there was last month.

This is true despite significant risks created by the Coronavirus, especially in China.  Worldwide, there will be economic effects from the outbreak.  Some of the effects from an economic standpoint will be permanent and some will just postpone demand.  But, the current thinking is that the overall effect will not be threatening the continued expansion in the U.S.   Other news includes the progression of the presidential race and the outcomes of first two Democratic primaries.  This has a long way to go but could, obviously, eventually have a significant impact on the economy.

In other news, consumer confidence was up and remains near a high point for this cycle.  Consumer prices as measured by the CPI for all urban consumers looked higher than it has been but is still at levels that are modest by historic comparisons.  And retail sales matched modest expectations.  As for housing, the major affordability index remained relatively steady.

On the business side, industrial production was modestly down, mainly because of the fiasco at Boeing and the warmer than normal temperatures that reduced heating demand.  And the number of job openings fell suggesting that companies are cutting the number of potential employees they are looking for rather than cutting existing employment.

At the local level, housing remains strong and while affordability was down, it remains at relatively normal levels.  In addition, the supply of existing single family homes continues to diminish.  Overall, the economy continues to expand. 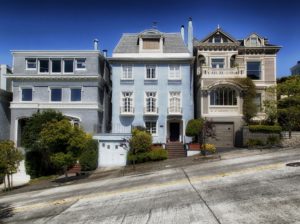 The year of catalytic disruption