A beaver dam on the San Pedro River Southeastern Arizona. The river flows north out of Sonora, Mexico. A recent change in federal rules will

Tricia Gerrodette worries what will happen to southern Arizona’s San Pedro River if business booms too quickly and too close.

The Sierra Vista resident has given much of her life to the river since 1995. She’s been involved in court cases, spoken at government meetings and been a vocal advocate to protect the river and the ecosystem and communities that depend on it from developments she calls dangerous. Those challenges have ebbed and flowed, but never in her more than two decades of advocacy has she felt more uncertain than now, she said.

Most of Arizona’s seasonal streams, an arterial system of dry riverbeds that fill from rains and feed rural rivers that people rely on for water, will soon be unregulated for clean water standards for three years.

That’s how long it could take for the Arizona Department of Environmental Quality to decide what is and is not a body of water, a task put upon the state by a recent federal rollback in regulation.

The Environmental Protection Agency announced on January 23 a revision of those definitions and rules, known as “Waters of the United States,” which removes about 95% of stream reaches and 99% of lakes under the Clean Water Act. 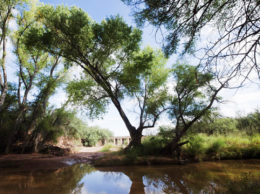 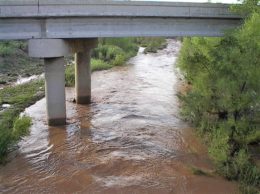 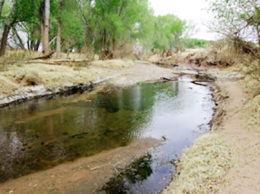