Former Vice President Joe Biden has won the Democratic presidential primary in Arizona, sweeping all three states that voted on Tuesday, dealing a heavy blow to the campaign of rival Sen. Bernie Sanders.

Related As the new coronavirus changes daily life, Election Day gets a new look in Arizona

The Associated Press declared Biden the winner of Arizona only 13 minutes after ballot counting began, with Biden leading Sanders by 12 percentage points with only 2% of precincts reporting.

Arizona gives out a total of 67 delegates, which will be awarded in proportion to the number of votes the candidates receive.

Tuesday’s losses come as a huge blow to Sanders, who was courting the Latino vote in Arizona, after garnering overwhelming Latino support in California and Nevada.

However, recent polling showed Latinos in the Grand Canyon State were closely divided between Biden and Sanders, unlike in other states where their strong support propelled him to victory.

NEXT ARTICLE →
Arizona polls opened at 6 a.m. for Democratic primary 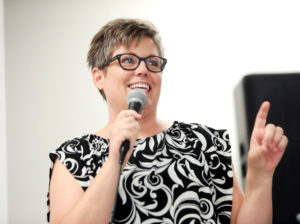