The Bureau of Land Management is losing at least half of the employees designated to move west as part of the Trump administration’s controversial relocation plan, leaving a bare-bones workforce to lead the agency.

A scathing analysis of the move from the Government Accountability Office — a nonpartisan, independent congressional research agency — found that career employees are leaving the agency in droves.

The report concludes that BLM has failed to justify the move. It also paints a picture of an agency that did little to define specifically how the relocation would improve outcomes or how they could measure success. Further, BLM has “minimally or not at all addressed key reform practices” to involve and communicate with employees and stakeholders, according to GAO.

U.S. House Natural Resources Committee Chairman Raúl Grijalva, D-Tucson, who requested the report, said it confirms his suspicions that the move would lead to staff attrition that could hinder the agency’s ability to carry out its mission. 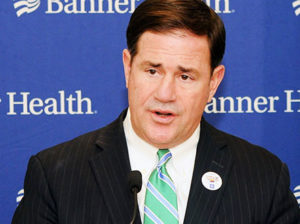