Utah’s booming population growth and rapid economic development means the need for more water, a higher level of conservation and wise development of water supplies, which are not infinite.

With that in the backdrop, the Utah House of Representatives on Tuesday passed HCR22, which makes clear to neighboring states and policymakers that Utah will someday develop its unused portion of the Colorado River.

The Colorado River, termed the hardest working river in the West, serves 40 million people in the Southwest, including a large population in Utah through a diversion system.

Utah has not fully developed its full 23% allocation of the river, with much of that unused water flowing downstream to lower basin states.

Rep. Brad Last, R-Hurricane — who lives in southern Utah where the proposed Lake Powell Pipeline would take the unused allocation — said it is important Utah send a message to its neighbors that the resource will be developed. 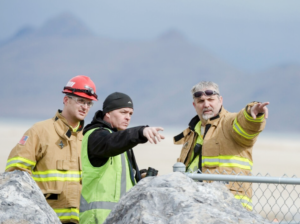