The project, named Chirreon Energy Solar Facility, will be located on Edwin Road, about 1.5 miles west of the North Oracle Road intersections with Edwin Road and Eagle Crest Boulevard. The land is owned by the Arizona State Land Department and the intention is to secure a long-term commercial lease. A formal lease agreement is expected in June 2020.

Chirreon Energy LLC – also shown in the submitted documents as Torch Clean Energy – submitted three separate requests to the county in order to allow for the development of the facility. The first was for a Non-Major Comprehensive Plan amendment to re-designate approximately 99.8 acres from Moderate Low Density Residential to Green Energy Productions. The second is for rezoning approval of the same property from General Rural Zone to I-3/PAD. Finally, the third request was for approval of the Planned Area Overlay Zoning District. 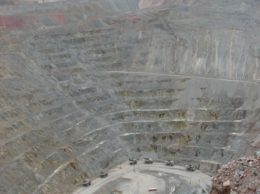