Very sorry to hear that former Gov. Jane D. Hull and her husband Terry passed away on Thursday within hours of each other. She was one of two governors I covered in my reporting career and I admired her a lot. In 2011, I wrote a profile of Gov. Hull for the AZ Centennial book 48 AZ Women. I’ve never met a more happily retired person in my life. Below is the text of that profile. RIP, Governor.

There was a time when an armed security detail shadowed Jane Hull everywhere she went. That’s the privilege and the burden of a Governor – the first female in Arizona to be elected to the position.

In a sense, a decade after she stepped away, Hull still has a security detail. Only now her “security ” consists of a border collie named “Arwynn “ and an Australian shepherd named “Stryder.” They are attentive and loyal companions, and like their Lord of the Rings namesakes, they can be fierce bodyguards. Only a week earlier, the pair chased a full-grown bear away from Hull’s postcard perfect White Mountain summer home.

Since she finished her last term as governor in 2002, Hull has worked hard to keep a low profile, which can be difficult for politicians, but not for her.

“During my last State of the State speech, I said that I would be going back to my family and my friends, and I meant it,” Hull said. “If you know me, when I’m finished with something, I’m through, I’m out. I didn’t think I could play golf and bridge all the time, but I’ve actually done really well with it.”

While she follows matters closely, and she misses the top-notch staff she assembled on the 9th Floor of the Capitol, she enjoys an idyllic retirement and does not miss the political game. Particularly since political discourse in Arizona has taken on a harsher tone since the self-described moderate Republican Hull held office.

“The meaner it’s gotten, I just have no desire to be involved anymore,” Hull said. “I look at the paper and I just shake my head. And I’ve always thought that there’s nothing worse than having somebody who’s been there telling you what to do and how to do it, because they’re not going to listen anyway.”

Hull was born Jane Dee Bowersock and raised just outside Kansas City, where her mother was a homemaker and her father worked first as a newspaper reporter and then as an aviation manager for TWA. A bright student, she graduated from the University of Kansas in 1957 with a degree in education and went to work as a school teacher, a career path common to women in that era, but one that would later fuel her dogged support for k-12 education as an elected leader.

A few years after she married Terry Hull, the young medical student and his wife attended a speech in Kansas City by Arizona Senator Barry Goldwater. Captivated by iconic conservative’s vision for the country, and intrigued by his wild-west roots, the Hulls decided they would move to Arizona if they got the opportunity.

The opportunity arrived almost immediately when, in 1962, Terry became a public health obstetrician and took an assignment on the Navajo Nation in Chinle. The Midwest city girl was suddenly transported from a suburban school to a dilapidated classroom on a remote, high-desert Indian reservation, surrounded by poverty.

“When you drive over that hill, you see three or four hogans and a gas station,” Hull remembered. “I thought, ‘what have we gotten ourselves into?’ But we had decent housing and lots of friends. It was a nice life.”

After their two-year stint in Indian Country, the Hulls moved to Phoenix, where they got involved in GOP politics by volunteering for Goldwater’s 1964 presidential campaign. Hull remained active as a precinct committeewoman in her north-central Phoenix legislative district, which was then and remains today a politically influential region because of the many heavy-hitting donors, elected officials and politicos who hail from the area. Hull didn’t distinguish herself through social contacts or wealth, though, but through hard work on behalf of others. After organizing and running several campaigns, friends and supporters encouraged Hull to run for the Arizona Legislature.

Hull’s first attempt at running for office was successful, earning office in 1978. She would serve for 14 years, steadily rising in stature from the back bench to the moment in 1989 when her colleagues elected her as Arizona’s first female Speaker of the House. Though she would hold Arizona’s two highest elected positions, Secretary of State and Governor, Hull remembers her time in the Legislature perhaps most fondly because she was able to make an impact without the spotlight.

“I loved the legislature,” Hull said. “It kept your mind going, and there was always a new issue. Without the Internet and cable TV, you had the opportunity to really mold legislation.”

Turns out Hull had a knack for crafting bills.

“Before I became Speaker, I chaired the Government Operations Committee – a lot of retirement issues, a lot of pensions. Most people thought it was boring, but for some reason I enjoyed it. I think that’s where I got my idea that you could make government better. You either make it better or get rid of it.”

Hull’s skills as a negotiator and arm-twisting deal maker also grew, earning her the nickname “The Iron Lady.”

“I’m great at compromise and I’m great at giving credit, but there comes a time where I’ll say that’s enough — not often but once in a while,” Hull said of her nickname.

Hull ran for Secretary of State in 1994 and won, becoming the first Republican since 1931 to hold the office. The position is a heartbeat away from Governor, as she would find out when Gov. Fife Symington was indicted for fraud in 1997 and resigned. Hull fulfilled his term, then made history as Arizona’s second female governor and its first elected female governor when she ran and won as an incumbent in 1998. The historical significance of her tenure didn’t really sink in until much later, even when the media was clamoring for interviews of the “Fab Five,” Arizona’s five female leaders elected to statewide offices.

“The history of it does dawn on you, but I always used to say, even when I was Speaker, you get there and you open this book, and it’s not all the things you campaigned on,” Hull said. “It’s all this stuff that you didn’t know you were going to have to do. But you cope with it. You just have to get to work.” 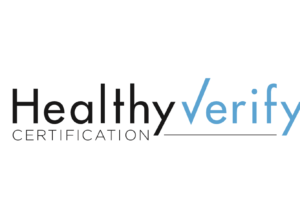