Just a few weeks ago, Senate candidates Martha McSally and Mark Kelly were gearing up for a battle royale over prescription drug prices, health care, and gun safety as they raced towards the Nov. 3 election.

Their schedules were packed with fundraisers and voter meet-and-greets. Their teams were building out content for TV and digital ads.

With the coronavirus upending everyday life, the race for the seat once held by Sen. John McCain, R-Ariz., is suspended in time.

The last significant moment in the race for the seat dates to late February when President Donald Trump headlined a massive campaign rally near downtown Phoenix to shore up Republican support for him and for McSally, whose fortunes are tied to his.

At that rally, both Trump and McSally attacked Kelly. 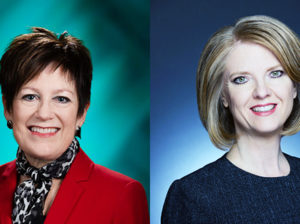