Opinion: Phoenix should recognize the essential role of the media and respect their work, just as our journalists respect the work of police.

Editor’s note: On Thursday night, a downtown Phoenix protest led to pepper spray and multiple arrests by police. On Friday, Phoenix police officials distributed a memo to local news media outlets, cautioning that in the declaration of an “unlawful assembly,” everyone present is subject to arrest, “including journalists.”

On behalf of The Arizona Republic and local television and radio stations, David Bodney, an attorney at Ballard Spahr in Phoenix, wrote this letter Friday to Phoenix Mayor Kate Gallego and Police Chief Jeri Williams. Later that day, Williams sent an apology.

On behalf of the News Organizations, I write to express our profound disagreement with the definition of “unlawful assembly” under Arizona law that the Public Affairs Bureau of the Phoenix Police Department communicated to its “Media Partners.”

First, it is essential to distinguish between persons who cover protests and those who participate in protests.  As a matter of Arizona law, “unlawful assembly” requires assembly by two or more persons “with the intent to engage in conduct constituting a riot. …”  A.R.S. §13-2902.A.1.

NEXT ARTICLE →
Arizonans won’t be learning which nursing homes have residents who have contracted COVID-19, at least not from the state 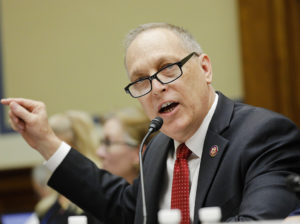