Independent voters don’t have many contested races in Maricopa County in which they can sway the outcome with Arizona primary elections roughly two months away.

With every hot race like Sen. Heather Carter, R-Cave Creek, versus Rep. Nancy Barto, R-Phoenix, there are at least a dozen or so uncontested primaries on both the Democratic and Republican ballots this year in Maricopa County.

election-logo-2020The remaining Senate races either have candidates set to win the seat come November (barring a write-in campaign) or a one-on-one race that won’t matter for the primary. 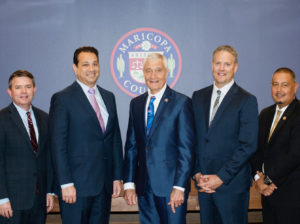 Who is running for the Maricopa County Board of Supervisors?