GOP lawmakers, ALEC urge feds not to “bail out” states

Several Republican lawmakers from Arizona are urging the federal government not to provide funding to states and cities that are coping with the economic consequences of the COVID-19 pandemic, even as Arizona faces a projected budget deficit of more than a billion dollars.

In a letter from the American Legislative Exchange Council, a conservative advocacy group famous for pairing up lawmakers and interest groups to draft model legislation that’s introduced at state houses across the country, GOP lawmakers from around the United States implored federal leaders not to “bail out” states.

The letter, which ALEC released on Tuesday, argues that “bailing out” the states would be “harmful to taxpayers, federalism, and ultimately the states themselves.” The lawmakers noted that Congress has already passed $225 billion worth of relief packages related to the coronavirus. And the national debt is now up to $24 trillion, the lawmakers said, up from $10 trillion in 2009, when the federal government passed a massive stimulus program for states dealing with the Great Recession. 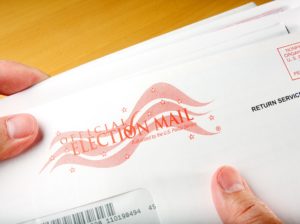