When Linda Patterson attended a couple of campaign events in Maricopa and Arizona City in mid-March, her mind was occupied with how many signatures she’d need to seal the deal on her run for state senator.

Patterson is running for a Senate seat in Legislative District 11 as a Democrat, hoping to oust Republican Vince Leach, who has held the position since 2019. Also in the running is Democrat Joanna Mendoza.

Patterson passed her pen and clipboard to several hundred people that March weekend, not knowing that one constituent had passed the COVID-19 virus back to her along with a signature. The next day her campaign manager fell ill. 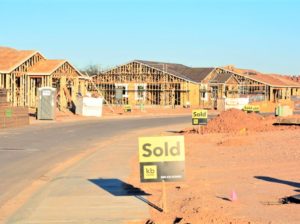