Sen. Eddie Farnsworth is blaming Attorney General Mark Brnovich for the failure of his legislation to preclude prosecutors from seizing property without first getting a criminal conviction.

The Gilbert Republican told Capitol Media Services he warned Brnovich and others three years ago of his intent to limit their ability to take homes, cars and cash. He said that was designed to give them time to wean themselves off of their reliance on the proceeds to run their agencies.

What happened, Farnsworth said, is that Brnovich and prosecutors waited until this year to start raising objections. And he said that’s because they were simply trying to hang on to the cash — cash he contends is being taken improperly from Arizonans.

“He gets to spend it how he wants, bypassing the legislature, bypassing appropriations (process), bypassing the criminal prosecution,” Farnsworth said of Brnovich. “Talk about creating a fiefdom and being able to self-fund by stealing property from the citizens of Arizona.”

Brnovich aide Ryan Anderson said his boss has no problem with the basic premise of linking property seizures to criminal convictions.. 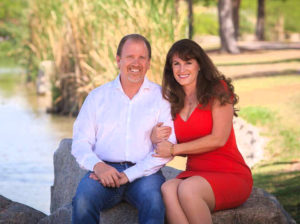