As the world starts to emerge from the COVID-19 Pandemic Crisis, with the dispensing of medical marijuana deemed essential, recreational marijuana entrepreneurs are waiting in the wings for the legalization of marijuana in Arizona. The Smart & Safe Arizona Act (the “Act”) is on the ballot in November. This long-awaited legalization may finally come to fruition, but there are some hurdles that may yet need to be overcome before cash registers are ringing.

If the ballot initiative for the Act passes, Title 36 of the Arizona Revised Statutes will be amended, adding chapter 28.2 Responsible Adult Use of Marijuana. As written this new law would make the Arizona Department of Health Services responsible for adopting regulations to administer the licensing of stores, cultivation facilities, and processing facilities for recreational marijuana much in the same way it has done for medical marijuana for many years.

The Act would legalize the use and possession of marijuana for persons 21 and older, allow cultivation of plants at a person’s residence, establish over 100 recreational marijuana dispensaries, and decriminalize a multitude of marijuana related crimes. Accordingly, the Smart & Safe Arizona Act will be a major breakthrough for proponents of legal adult marijuana use, but it is not carte blanche for advocates and would be industry participants.

The Act contains a provision giving local governments tremendous power to regulate the promulgation of recreational marijuana businesses in their jurisdictions. The proposed amendment specifically states at Section 36-2857(A)(C) that a locality may prohibit marijuana establishments or marijuana testing facilities, or both.

Accordingly, entrepreneurs looking to capitalize on this green wave will need to carefully consider potential locations for future marijuana business. Some Arizona municipalities will inevitably be more restrictive than others, such as Paradise Valley and Tempe, which have done what they can to minimize the establishment of medical marijuana dispensaries. Some rural jurisdictions lacking substantial advocates have medical marijuana out altogether. Thus, it would be to no surprise if these governments continue this restrictive approach with recreational uses if the Act passes.

In order to maximize the opportunity that the Safe & Smart Arizona Act presents, aspiring proprietors of recreational marijuana can work to promote the acceptance and advancement of marijuana establishments and testing facilities in those localities they have a stake in. Spreading the word on the Smart & Safe Arizona Act is a good first step, but working to educate local leaders on the potential tax revenues associated with these new enterprises may go a long way, at this time when all government services are aching for funding.

As the election approaches, in anticipation of the ballot measure passing, interested parties should consult with a qualified attorney, who has the right relationships and understands the ins and outs of the regulated cannabis industry. When the time comes to apply for a license, understanding the politics and implications of these new businesses will make the difference when seeking approvals. The consideration of the Smart & Safe Arizona Act this November may create opportunities in an exciting new market and have far reaching benefits across the state.

Adam M. Trenk, Esq. is a Partner at Rose Law Group pc. He is the Chair of the Equine, Cannabis, and Hemp Law Departments. He advises clients on matters of Strategic Development, Contracts, Conflict Resolution, and Government Relations. He is an avid Horseman and active in the Equine Community. Adam Trenk sits on the Advisory Board for the Scottsdale Community College Equine Science Program.  He served his community in Cave Creek as an Elected member of the Town Council from 2009 to 2011, and again as Vice Mayor 2013-2015. Adam Trenk can be contacted by email at ATrenk@RoseLawGroup.com or by phone at 602-402-3335. Like him on Facebook at www.facebook.com/EquineAttorneys. Follow him on Instagram @thelawhorse. 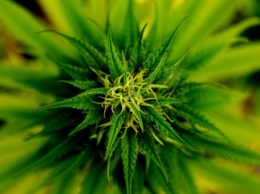 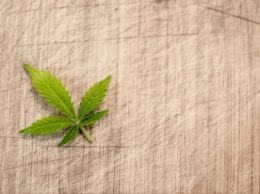 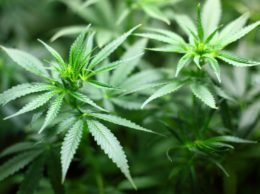