A new legal fight is brewing over the ability of cities to set their own election dates. Sen. J.D. Mesnard, R-Chandler, is asking Attorney General Mark Brnovich to investigate whether Tucson’s odd-year elections violate a 2018 state law. That statute says if turnout in those off-year events falls below a certain standard, cities must bring their election dates into conformance with statewide races.

If Brnovich agrees, he can order that the city payback more than $100 million of its state aid.

As it turns out, both Tucson Mayor Regina Romero and City Attorney Mike Rankin concede that the city ordinance setting the next election for August 2021 conflicts with state law.

NEXT ARTICLE →
Arizona’s Election Day deadline for receiving mail-in ballots remains . . . for this year at least 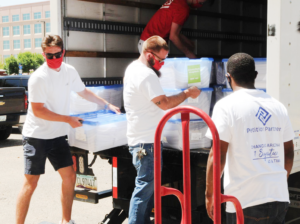