The American press is destroying itself

A flurry of newsroom revolts has transformed the American press

Sometimes it seems life can’t get any worse in this country. Already in terror of a pandemic, Americans have lately been bombarded with images of grotesque state-sponsored violence, from the murder of George Floyd to countless scenes of police clubbing and brutalizing protesters.

Our president, Donald Trump, is a clown who makes a great reality-show villain but is uniquely toolless as the leader of a superpower nation. Watching him try to think through two society-imperiling crises is like waiting for a gerbil to solve Fermat’s theorem. Calls to “dominate” marchers and ad-libbed speculations about Floyd’s “great day” looking down from heaven at Trump’s crisis management and new unemployment numbers (“only” 21 million out of work!) were pure gasoline at a tinderbox moment. The man seems determined to talk us into civil war.

But police violence, and Trump’s daily assaults on the presidential competence standard, are only part of the disaster. On the other side of the political aisle, among self-described liberals, we’re watching an intellectual revolution. It feels liberating to say after years of tiptoeing around the fact, but the American left has lost its mind. It’s become a cowardly mob of upper-class social media addicts, Twitter Robespierres who move from discipline to discipline torching reputations and jobs with breathtaking casualness. 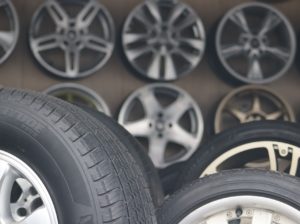