Arizona Cardinals owner Michael Bidwill was released Sunday from the Rhode Island hospital where he was being treated for COVID-19.

Bidwill felt symptoms earlier in the week and tested positive for the novel coronavirus, as first reported by The Republic Friday. After the test, he was admitted to Newport Hospital to monitor his symptoms.

Bidwill had been traveling in the east the past several weeks, the team said. He wasn’t feeling well earlier this week, with a headache and fever, and he tested positive for the novel coronavirus.

After a physician’s recommendation, he admitted himself into a hospital in Rhode Island to monitor his symptoms. Those symptoms have subsided, and he is expecting to be released this weekend, per the team.

Because Bidwill has been on the East Coast for a few weeks, the team believes he did not contract the virus in Arizona and instead caught it while traveling. Even prior to spending the last three weeks on the East Coast, Bidwill had been working remotely since March. There is no concern that he may have spread it to any Cardinals players or coaches, per the team. 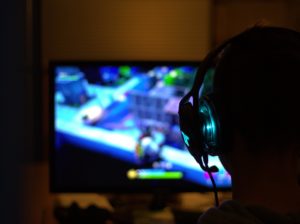