Diamondbacks relievers Junior Guerra and Silvino Bracho have tested positive for COVID-19, manager Torey Lovullo revealed Sunday. They are two of the three players on the club’s 40-man roster known to have contracted the virus, Lovullo said.

Both players “are asymptomatic and feel great,” Lovullo said, adding that they are doing what they can at home to stay ready. They will need to test negative twice 24 hours apart in order to be cleared to return.

There are still several players who have yet to be seen at Diamondbacks camp – including outfielders David Peralta and Kole Calhoun and reliever Kevin Ginkel – but Lovullo cautioned not to jump to conclusions.

“I just ask that you guys don’t dig into it and speculate,” Lovullo said. “I know it’s easy for us to do. Because with the web and the connectivity to the person that’s tested positive, there’s a lot of protocols. We’re clearing these protocols based on the major league guidelines.”

NEXT ARTICLE →
As COVID-19 worsens, Arizona is the first state to enact ‘crisis care’ standards 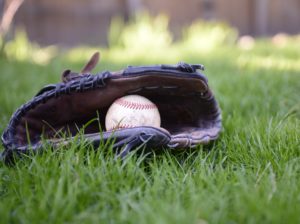