Some lawmakers say it’s time to revisit Arizona laws that give the governor broad powers in cases of emergency. Rep. Mark Finchem, R-Oro Valley, wants a constitutional amendment sent to the ballot to require governors to get the “advice and consent” of the legislature within a certain period — perhaps 14 days — of declaring an emergency. He said the state’s chief executive would need to provide lawmakers with “evidence that an emergency exists.”

Rep. Kelly Townsend, R-Mesa, said she’s not willing to wait to have voters consider constitutional restraints on the power of the governor. She wants a special session of the legislature this fall to reconsider the powers that were given to governors, some specifically in the wake of the 9/11 terrorist attacks.

Senate President Karen Fann, R-Prescott, doesn’t see the need for such a rush. But she, too, thinks that once this crisis is over that legislators need to consider exactly how much unilateral power they have given governors.

But House Minority Leader Charlene Fernandez, D-Yuma, said voters elected Doug Ducey to do a job and that they — and lawmakers — should give him the latitude to do what he thinks is necessary. 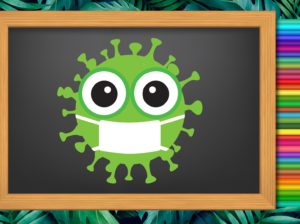 Survey: Majority of Arizona parents ‘uncomfortable’ about sending kids back to school