Virus surges in Arizona but the rodeo goes on

As infections surged through Arizona’s desert landscape this week, word spread that the Round Valley Rodeo, a century-old tradition luring calf ropers, youth riders and big crowds to the mountain town of Springerville, might be called off. The fate of the Fourth of July parade in the nearby hamlet of Eagar seemed in doubt, too, as Gov. Doug Ducey prepared to issue new pandemic guidance.

But Mr. Ducey stopped short of ordering a halt to such events, and as of Friday, he had not required Arizonans to wear face coverings in public spaces, as Texas did on Thursday. The rodeo and parade were set to march ahead on Saturday as planned, even as infections in the state spiral.

Such is the way fiercely independent Arizona has handled the virus from the start. Mr. Ducey, a pro-business conservative Republican who once ran an ice cream company and is a former state treasurer, has pressed a philosophy of personal responsibility and individual choice. That has largely left individuals in Arizona to decide for themselves whether to go to gyms, churches, rallies — or rodeos.

“It’s a story of missed opportunities,” says Will Humble, executive director of the Arizona Public Health Association and a former director of the Arizona Department of Health Services, who left that office in 2015. “We came out of a successful stay-at-home order without any compliance expectations and no enforcement provisions. As a result, we’re the new Madrid.” 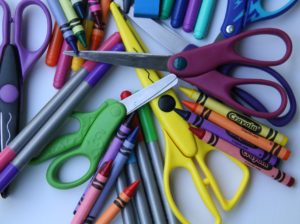