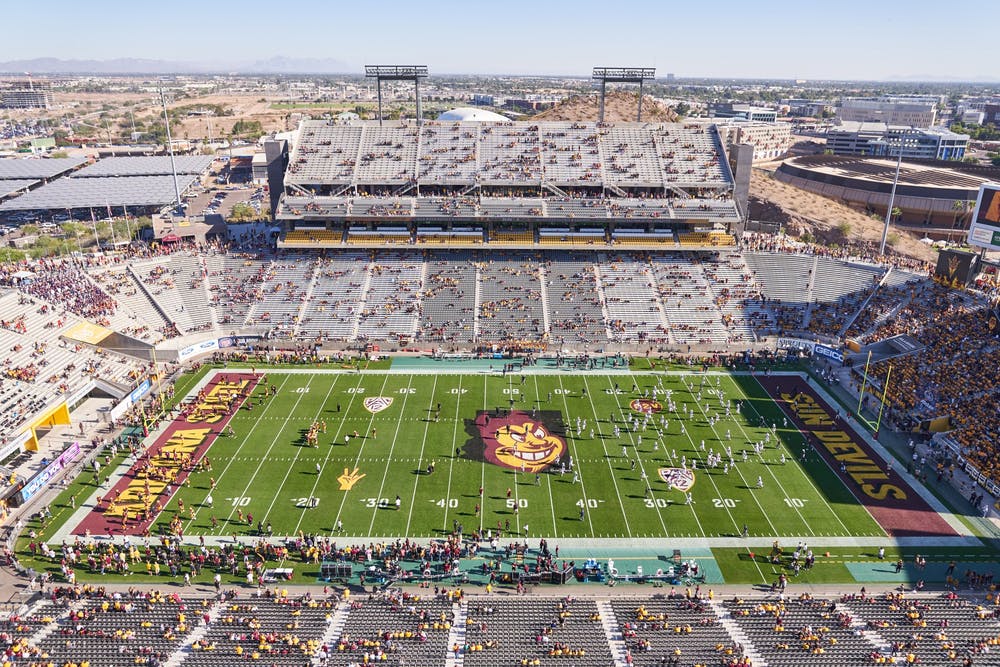 By Bennett Silvyn | The State Press

According to the Knight Commission, the total revenue ASU had for sports was almost $118 million in the 2021-22 calendar year. Just under half of this revenue came from the institutional and government support, which makes sense because COVID-19 wreaked havoc on almost every college athletic program.

Then comes NCAA distribution, media rights and post-season football, which brought in just over $21 million. This was followed by sponsors, advertising and licensing, accounting for over $17 million. What comes next is a shock for ASU, with student fees accounting for just over $11 million, which is more money than donor contributions and ticket sales combined. In fact, it was not even close with the two combining for only $8 million.

ASU needs to find new ways to financially support athletics before it is too late. If ASU fails to find a way to increase both ticket sales and donor contributions, some students could choose to transfer or commit to a different college because of high fees. This is a problem that ASU does not want to have.

One of the reasons for this occurrence is the two sports that bring in the most money in college athletics are men’s football and basketball. This was the year after ASU finished the 2018-19 season one game short of making the Pac-12 tournament and finished the season with a thrilling 41-40 comeback to win the Territorial Cup after scoring 20 unanswered points in the fourth quarter. ASU men’s basketball ended the 2018-19 season second in the Pac-12 and received an at-large bid to March Madness where they defeated St. John’s in the first four of March Madness.

There was a similar trend in ticket sales, as it brought in 12-14 million dollars almost every year until this year when it failed to bring in more than half a million dollars.

Not only is ASU losing money, but it is spending a lot on athletic programs. Since 2016, ASU has increased its spending on athletics by 16%, while the Pac-12 conference average is down 1% and the Football Bowl Subdivision average is up 8% in that time. This is yet another issue ASU needs to fix.

It will be difficult to increase donor contributions without winning teams. If ASU can put on donor events with different programs to try to draw in money, however, things could change. In addition, some of the facilities like Desert Financial Arena are in much need of renovation. A renovation of the basketball arena could bring in some donor money to help with the renovations and attract more fans to attend the game.

If ASU does not want to renovate DFA, they could have the basketball team play in the new ASU Multipurpose Arena. This smaller arena could give the games a more electric atmosphere going from a 14,198-seatstadium to 5,000.

ASU football is in a similar boat with only being able to sell out one game last year. Coincidentally, that was also family weekend at ASU, which was the main reason the game was sold out and by halftime, the stadium was beginning to empty.

“I only went to a few footballs and basketball games this year,” said Cris Cordova, a sophomore majoring in business with a focus in sustainability. “The games I went to had empty seats everywhere and the atmosphere was very quiet. The one game that had fans at it was against USC (football), but I left with my parents at halftime.”

For all sports, ASU typically has giveaways for students, like free shirts and towels, which brings in student fans to games. ASU should have giveaway nights like free shirts, rally towels and bobblehead nights for everyone in attendance, not just students, to try and get fans to go to games.

Some of these people could end up going for free items and find out they enjoy going to ASU games. This will allow the program to make more passive income without having to punish students by making them pay fees. Students should not have to pay for ASU’s lack of creativity. 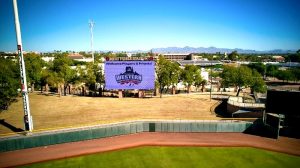 In his Third Year as Founder, 15-Year-Old Logan Rose is Stepping Up to the Plate Once Again at the Spring Training Home of the San 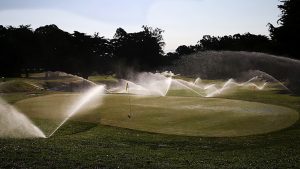 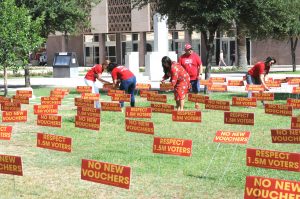 Legislature approves vouchers for youths to attend private schools;  may not be the last word 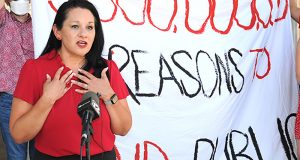 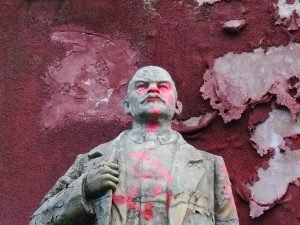