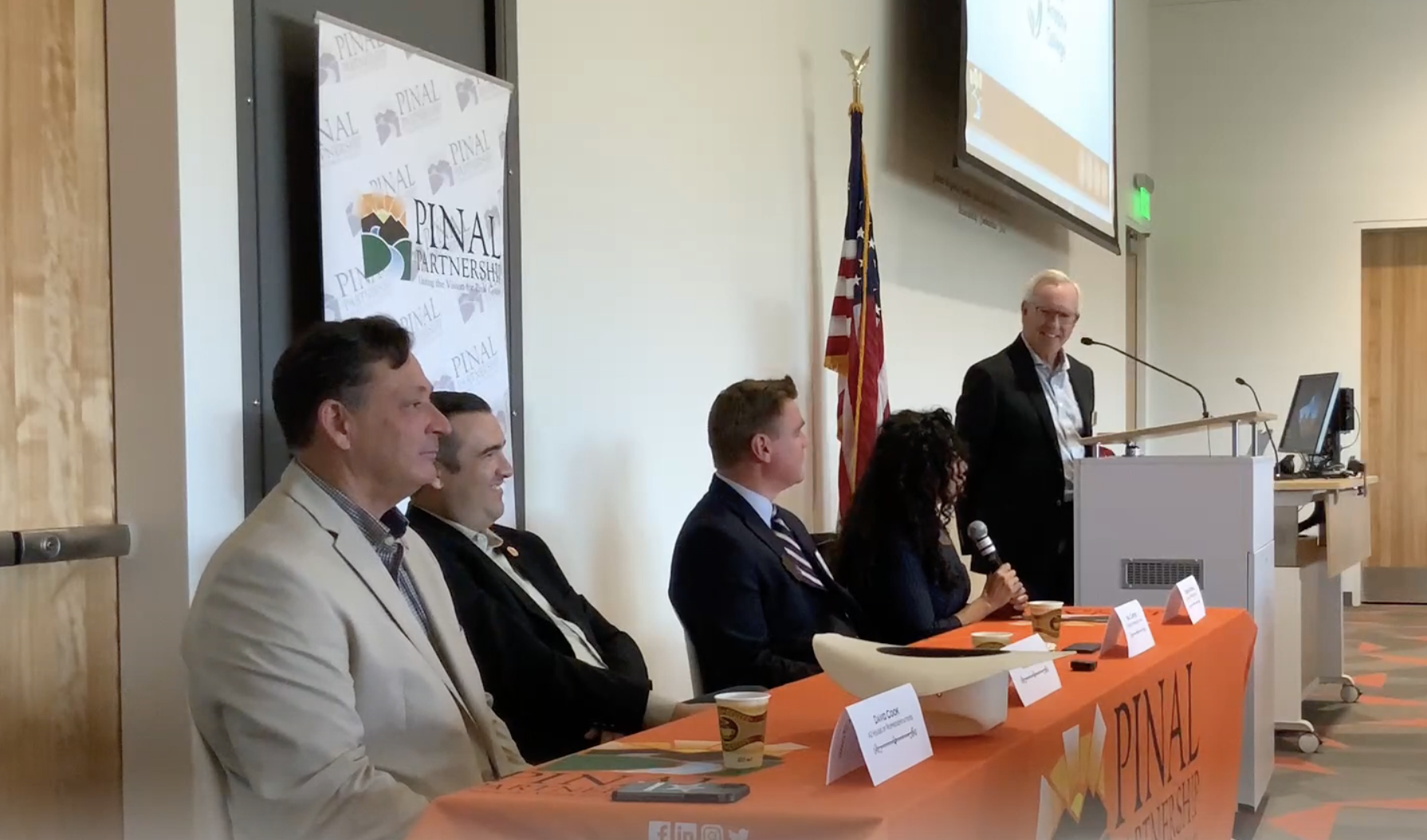 There are only about three weeks left until the deadline for Pinal County’s budget. At the latest Pinal Partnership Breakfast, Representatives David Cook, Teresa Martinez, Neal Carter and Senator TJ Shope said they’re feeling the pressure from constituents to cover all their districts’ needs.

The county’s priorities are ranging from education funding, construction development, manufacturing, offsetting inflation and especially water infrastructure, which will receive a third of the proposed $1 billion budget.

Representative David Cook of District 8 says, “There are too many tools in the toolbox for us to not have the budget passed July 1st.” However, he says before the county rushes into faulty policy, they’re taking the time to make sure the water policy is legally sound because it will involve inter-state agreements, leases and possibly water purchases with other countries.

Cook says it’s still slightly unclear whether Arizona has the constitutional ability to make these agreements with other nations and he fears passing a budget that could get hung up in court. “There’s NAFTA and interstate trade agreements to protect commerce,” Cook says.

“We believe the state of Arizona does have the authority, but we would still have to have that ratified by the US Senate. Once that’s sorted out, it will be a good policy and a third of the budget will be dedicated to water infrastructure,” said Representative Cook.

New Reps. On The Block

“It’s been exciting. They basically just threw you in that’s how you learn how to swim they just throw you in the water.”  said Representative Martinez.  Her first year has been focused on natural resources, water, energy, government elections, military affairs and public safety.

“Water is very, very important to me,” said Martinez, adding that when drought affects Arizona, Pinal County is among the first areas to be considered for conservation restrictions. “So, it’s important to have someone fighting for Pinal County.”

In her first session, Representative Martinez impressively launched three bills, all of which were signed by Governor Ducey, following nearly unanimous approvals in the House and Senate.

“They’re simple but they’re going to help,” she said. One of the new bills aims to alleviate some of the bureaucracy in getting project plans approved in Maricopa. “City of Maricopa came to me and said we need this bill, so we can allow industry and development to come into the city… We got it through and it was wonderful.”

Representative Neal Carter said the first thing he did upon getting to office was listen. He set up meetings with every county level budget official, with the Pinal County Supervisors, Pinal County Accessor, officials from ADOT and the State Land Department, the Joint Legislative Budget Committee and any county elected official who was open to chat.

Neal says, “We owe it to the people to be as effective as we can for the people of Pinal County.” For him, that started with a briefing on what officials are working on and what their top priorities are.

Last month, Shope went to Nikola Motor Corp. in Coolidge for their grand unveiling and said getting to ride in that electric truck was “awesome and fantastic,” especially when thinking of all those who worked on the agreements with Nikola decades ago and can now see the work come to fruition. With Lucid Motors producing cars in Casa Grande and Nikola giving the trucking industry a green energy option, Pinal County is being considered be the new EV car manufacturing capital of America.

“The feeling of pride you get when you’re riding on the road someplace and you see a Lucid in the wild… that is the long-term vision of where we’re going,” said Senator Shope. The Senator says with LG moving into Queen Creek, and other announcements coming, manufacturing in the tech sector is going to keep booming in Pinal County.

“Going back 10 years ago, the idea was that people could live, work, and play in the community they reside in, without having to drive to Phoenix for a high-paying job. We are beginning to realize that, and I only know it’s going to grow bigger and better. It’s the best feeling of all.” 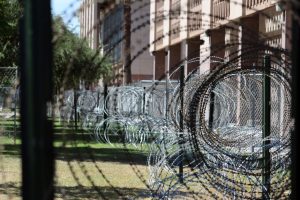 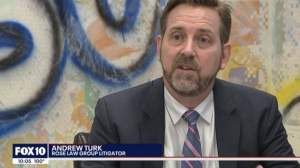