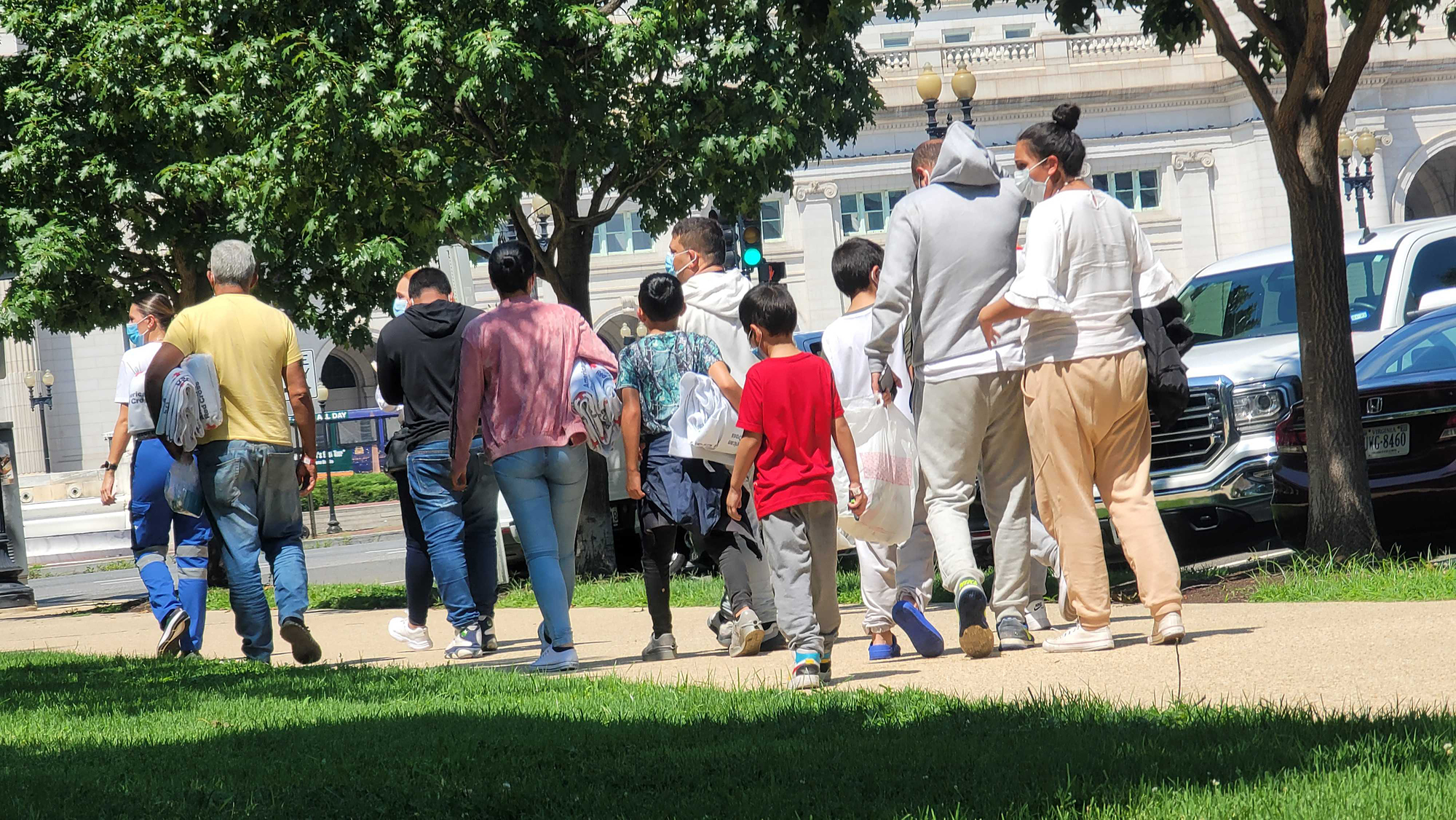 An aid worker leads a group of migrants into Washington’s Union Station to get food after they were dropped off by a bus that brought them from the border to Washington, D.C. The trips, paid for by Texas and Arizona, are straining the resources of local nonprofits that work with the migrants, D.C. officials said. /Photo by Neetish Basnet/Cronkite News

Washington, D.C., officials are asking federal and regional governments to help area nonprofits stretched thin by busloads of migrants who are being sent to the city by the governors of Arizona and Texas.

To which Gov. Doug Ducey said, “Welcome to our world.”

Texas Gov. Greg Abbott began busing migrants to the East Coast in April to bring attention to surging migration and to protest Biden administration plans to end Title 42, a Trump-era policy that let asylum seekers be turned away because of the pandemic. Ducey followed suit in May.

Since then, the two states have sent more than 100 buses carrying over 3,400 people to D.C., straining resources for a city not used to dealing with the issue.

“The District is a sanctuary city, but we’re not a border town,” said D.C. Councilmember Robert C. White Jr. “This is not something D.C. has historically dealt with.”

Ducey was not sympathetic. He said border states have had to deal with it for a long time, and it’s only now getting attention because “liberal mayors” are speaking out after their cities have been impacted.

“Welcome to our world,” Ducey said in a tweet to D.C. Mayor Muriel Bowser. “Now work with your party, your Congress, and your President to do something about it.”

White joined nine other D.C. councilmembers in a July 14 letter asking Bowser for help. They said that volunteers from local mutual-aid networks have already spent more than $200,000 of their own money on respite relief for migrants, with no direct support from the local government.

White said he became aware of the issue in May, when local volunteers and residents said they were having a difficult time helping the buses of people coming to D.C.

“At that time it was about a bus a day,” he said. “But the number of buses have increased since then, which has stretched these organizations and these people very thin, both in terms of their financial capacity to assist (and) also volunteer capacity.”

The letter said other nonprofits have bought migrants tickets to help them get to other cities. But some remain in the city, with nowhere to go and nothing more than the “clothes they are wearing, and with no way to continue their travel to their sponsors or resources to settle in the District,” it said. Some get stranded at Union Station, where the bus drops them off, or end up in churches or hospitals around the city.

Bowser said on “Face the Nation” Sunday that migrants are being “tricked” into getting on the buses.

“We have for sure called on the federal government to work across state lines to prevent people from really being tricked into getting on buses,” Bowser said.

He said Arizona works with a Yuma nonprofit that receives migrants, most of whom are asylum seekers, to help transport the migrants to D.C. The state is only busing people to Washington, he said, despite complaints this week from New York City Mayor Eric Adams who said nonprofits there were being stressed by migrants from both Texas and Arizona.

In a virtual meeting Friday of local nonprofits and the Metropolitan Washington Council of Governments, a volunteer with Sanctuary DMV, which has been aiding the migrants, said Ducey and Abbott are guided by “xenophobic, invasionist rhetoric.” But Amy Fischer acknowledged during the meeting that many of those arriving are “grateful for the buses for helping them get closer to their final destinations” along the East Coast.

The D.C. Council is asking for help from federal and regional governments. White said he does not know the amount needed to address the issue, but that an emergency funding request is being sent to Congress seeking additional humanitarian assistance.

The Federal Emergency Management Agency has provided some funding to SAMU Fast Response, a local humanitarian organization, to meet migrants at Union Station and provide temporary shelter, clothing and hygiene kits. But the letter said the money was only adequate for a “small fraction” of those arriving.

White said funding is needed for temporary emergency housing for migrants and to move them on to cities where they might have family. Until then, most of the burden has been borne by local nonprofits, including CARACEN and Catholic Charities, which have fundraised for their efforts.

The council letter said Ducey and Abbott “have demonstrated no regard for people who are exercising their human right to seek asylum.” And Adams said in a news conference Thursday that Texas and Arizona “should not have sent people away that were seeking refuge.”

But Ducey said Arizona and other border states are just trying to ease the pressure on the overwhelmed shelters and nonprofits that have dealt with the problem for years but have mostly been ignored.

Karamargin said that maybe the Biden administration will listen now that two “large, important East Coast cities are feeling the effects of an unsecure border.” 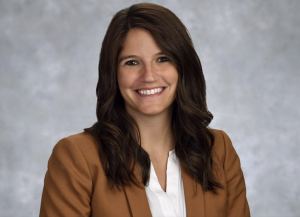 Ashley Nye is the new director of development for Cortland’s Arizona market. (Photo via Cortland) By Angela Gonzales | Phoenix Business Journal With a portfolio 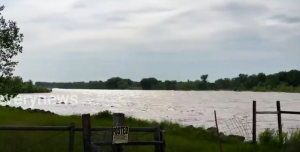 “New Orleans has a problem with that much water anyway, so let’s divert 250,000 gallons/second to Lake Powell, which currently has a shortage of 5.5 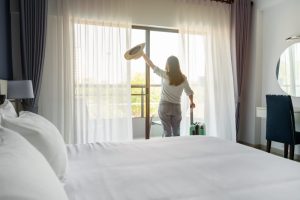 Eastmark could get short-term rental neighborhood 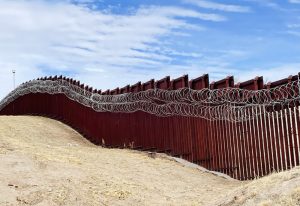 Several “crucially important wildlife corridors were saved at the last minute” when construction was halted, however numerous national wilderness areas suffered “an incredible amount of 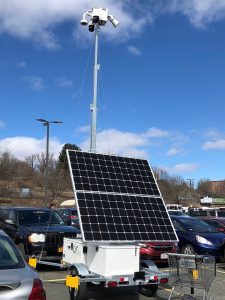 The equipment scans for humans and reportedly can do so with much fewer false positives involving animals, in part by using software from Palantir Technologies, 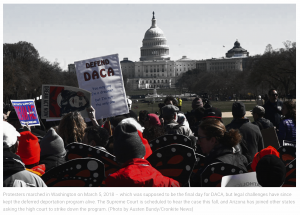 Everything you need to know about DACA:  DACA should be law, says Darius Amiri, ​Immigration Department Chair, Rose Law Group 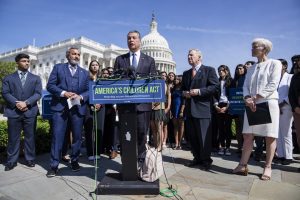 Sen. Alex Padilla (D-Calif.) speaks during a news conference calling for bipartisan legislation to protect Dreamers outside the U.S. Capitol on May 18, 2022. | 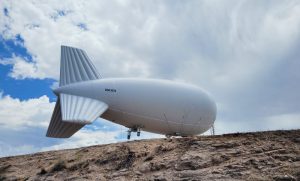 A surveillance blimp is watching the US-Mexico border. Critics call it an invasion of privacy 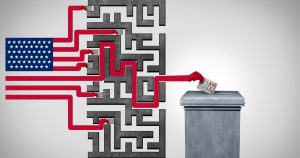