‘It’s not my job to debate Kari Lake:’ Ted Simons on 15 years as host of ‘Arizona Horizon’

By Bill Goodykoontz || The Arizona Republic.

In November Ted Simons will celebrate his 15th year as host of “Arizona Horizon,” the public affairs show that airs weeknights on Arizona PBS.

That’s a good run that is in no danger of ending anytime soon. And one that provides Simons some time to reflect on guests over the years, good and bad.

He puts the late Sen. John McCain in the good category.

“He loved coming on the show and he loved mixing it up,” Simons said. “I loved it. He would have a little twinkle in his eye when I would ask him something.

That sometimes seems true. But Simons’ even keel — he has a dry sense of humor and doesn’t seem to get rattled — has served him well. There was evidence of this in June, when he hosted a debate between Republican candidates for governor of Arizona.

Calendar alert:The next Jan. 6 committee hearing is set. Here’s how to watch it

‘I would say debates in general are, oddly enough, a joy to do’

Things went off the rails early and often, with candidates talking all over each other, but Simons kept his cool.

It’s a good thing Simons likes hosting debates, because he’s got a slew of them coming up between candidates for Arizona offices. And one that isn’t a debate.

Katie Hobbs, the Democratic candidate for governor, has declined to debate Republican candidate Kari Lake. That means instead of a debate, Simons will conduct a one-on-one interview with Lake, scheduled for 5 p.m. on Oct. 12.

“I wish I were asking questions of Katie Hobbs as well, but that’s the way that is,” Simons said.

‘I’m not there to debate people. That’s the candidates’ job’

Lake has vigorously championed the lie that the 2020 election was stolen from former President Donald Trump and she has parroted some of his worst claims and relentlessly attacked the media, despite having worked in it for decades. This poses an interesting situation for Simons, particularly without another candidate there to challenge Lake.

“I can always say, ‘You believe in X, but the evidence points to Y. You did this — why? Why do you say this, because right now the courts don’t agree with you or this simply isn’t true or there’s no evidence to support this,’” Simons said.

To be clear, that’s how Simons treats every debate he hosts.

“I’m not there to debate people,” he said. “That’s the candidates’ job. If someone wants to say something really absurd or stupid I can call them on it. But it’s not my job to go back and forth and debate them on it.”

Simons and ‘Arizona Horizon’ have built up trust over the years

“My job is to get information out,” he said. “That’s all I’m trying to do. If it takes a little needling, yeah, that’s fine. But yelling and screaming ain’t gonna do it, because then you become the story and everything’s lost.”

A big part of the “everything” Simons refers to is trust, and he has built up a lot of it over the years. So has the show.

“The legacy of the program is important,” he said. “Trust is the big deal. You’ve got to trust in what you’re seeing and what is being broadcast. I think people who come on the show trust that I will give them a fair shake. All I ask is that people explain themselves. That’s what my job is.”

‘I had always been a fan of the show’

Simons grew up in Arizona, graduating from Chaparral High School and then Arizona State University. He worked in local media, so of course he was aware of “Arizona Horizon” (which, to be fair, everyone just calls “Horizon.”)

The previous host, Michael Grant — who Simons points out held the job for 25 years — retired in 2007.

“I had always been a fan of the show and always thought, without stating it but just in the back of my mind, that would be a cool show to do,” Simons said. “I like talking to people, I like interviewing people, especially interesting people. I like public policy. A fire in a house or a car in a house or the proverbial water-skiing squirrel, that kind of stuff gets old quickly.”

Simons didn’t reinvent the show, but he did evolve it, expanding the range of guests and topics.

“I didn’t want to mess it up, to be quite honest with you,” he said. “I thought I was taking over a ship and I didn’t want to sink it. But I did kind of want to chart it on a different course — not too different, you’re still on water — but maybe going in a little bit different direction. I think we did it.”

And he continues to do so.

“My old phrase is we speak in paragraphs, not sentences, because we have time,” Simons said. “We have time to flesh things out a little bit.”

Hot dog:You can’t go home again, but some flavors will get you close 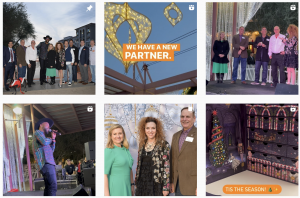 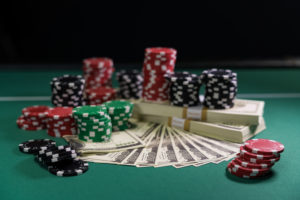 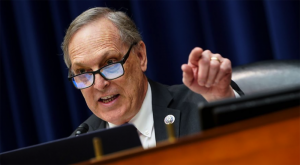 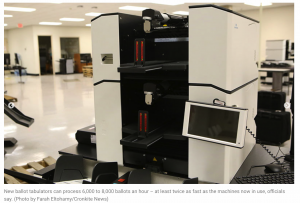 By Jim Small || Arizona Mirror Hand-count audits of the November election results in 12 Arizona counties found no problems with electronic ballot tabulators, but 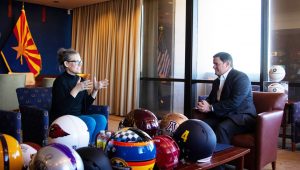 Arizona election 2022: What to know about Monday’s statewide canvass 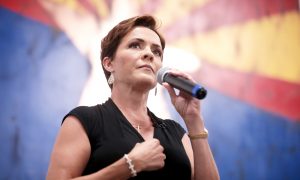 Lake has spent the weeks since Democrat Katie Hobbs won the race to be Arizona’s next governor raising concern about the election in Maricopa County.