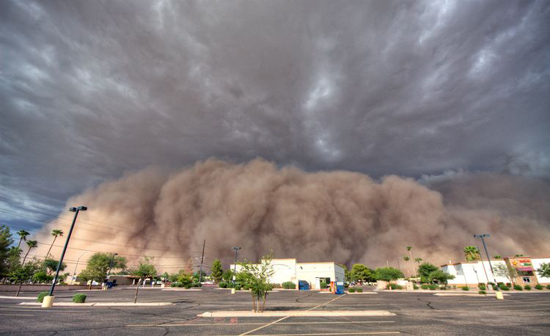 Like a toddler with a water hose, the monsoon brings the rain in bursts, unevenly spraying but never quite quenching Arizona’s dry earth.

Often, the season’s thunderstorms unleash an apocalyptic scene — a wall of dust, with its tinge of yellow and red against the setting sun, rushing to swallow the Valley whole and enveloping its homes with its unwelcome sandy mist. Free from crippling polar vortexes or earthquakes, the sandstorms are nature’s reminder to Arizona of its sweeping powers.

They are also among Arizona’s biggest environmental headaches. They result in more children and the elderly showing up in emergency rooms and straining to dispel the particulates that penetrate their lungs and airways, and more pressure on the state to, at the very least, reduce its dust pollution.