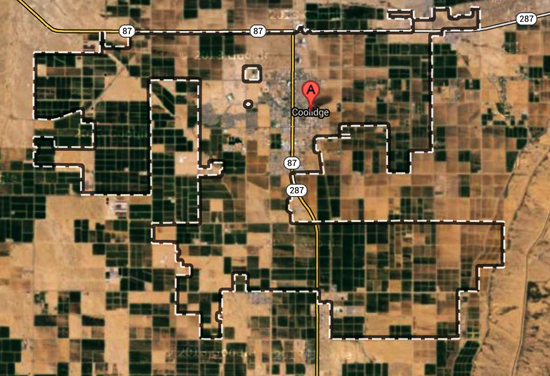 Pinal Land Holdings announced in December that it has closed on more than 11,400 acres of land in Pinal County

A pair of proposed annexations would stretch the Coolidge city limits far south of its current boundaries in anticipation of that land becoming more valuable in the future.

The annexations, called Mesa I and Mesa II because significant portions of both piece of land are owned by the city of Mesa until a deal to sell them to Pinal Land Holdings is finalized, each received a public hearing in recent weeks. This allowed property owners whose land would be affected by the expansion to give their input and concerns.