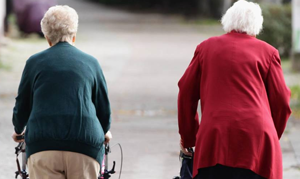 By Jennifer Levitz and Laura Kusisto | The Wall Street Journal

As young, high-earning workers flock to the San Francisco Bay Area, they are pushing up housing costs for everyone. But particularly hard-hit are people like 80-year-old Lois Plymale.

A former state unemployment insurance reviewer, Ms. Plymale thought she and her dog Mr. Chips would always have an affordable home at the Pacifica apartment building where she settled two decades ago. But after years of paying modest rent increases, the widow saw the monthly rent on her small one-bedroom apartment rise nearly 20% to $1,850 in October, roughly four times the national average rate.

NEXT ARTICLE →
Don’t ignore investor concerns, TRID does cause issues