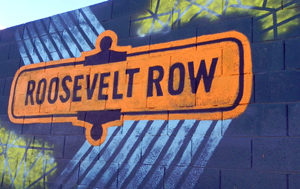 By Brenna Goth | The Republic

A prominent corner in the Roosevelt Row arts district could be transformed into a multistory office, retail and restaurant complex that would incorporate the area’s signature bungalows and a longtime commercial building.

Desert Viking Development on Wednesday announced plans for the Blocks of Roosevelt Row on Roosevelt Street between Fifth and Sixth streets. The downtown Phoenix site includes three bungalows from the early 1900s as well the building that houses Flowers Craft Beer and Wine. 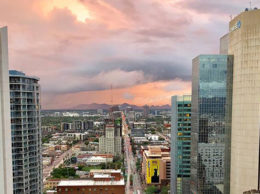