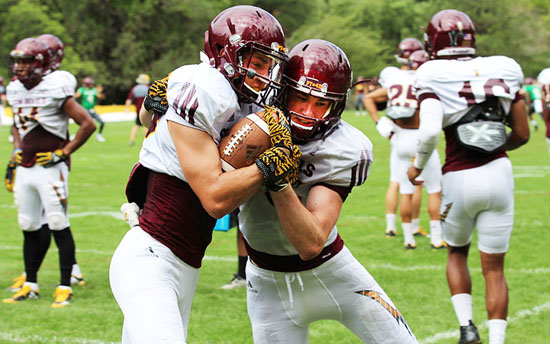 Despite an eye-opening study about trauma found in the brains of deceased NFL players, it won’t keep them from playing the sport they love, several Arizona State athletes said.

“It don’t bother me,” running back Demario Richard said. “It’s football. It’s a gladiator sport. It’s either you are with it or you’re not.”

Chronic traumatic encephalopathy, known as C.T.E., was found in 99 percent of deceased NFL players’ brains that were donated to research, according to a study published recently in The Journal of the American Medical Association.

Dr. Ann McKee, a neuropathologist, examined 202 brains, 111 of them from players who had competed in the NFL. All but one of the 111 were found to have C.T.E., the degenerative disease scientists believe occurs from repeated blows to the head.

Redshirt sophomore quarterback Blake Barnett, who just transferred from Alabama, was not bothered by the findings and said he will not let it affect his play on the field.

“No, it’s football,” he said. “Your job, even at quarterback, is imposing your will on another person. It’s a physical game. Everyone understands that and expects that.”

One of Barnett’s closest friends in high school was paralyzed from the neck down. He has witnessed the trauma that can result from the sport he loves to play.

Dr. Robert Cantu from the Boston University School of Medicine recently told Time magazine that children should not play tackle football before the age of 14 because the youth brain is less developed than the adult brain.

“Half of us have been playing this game since we were 6,” senior linebacker D.J. Calhoun said. “I’ve been playing since I was 5 ½ so I got a lot of years under my belt. It is overwhelming and it is a little scary.”

Calhoun led the team with 77 tackles and 11.5 tackles for loss last season and enjoys delivering hits. He also supports making the game safer.

“I do feel like we need to be more aware of it and we need to make the helmets better,“ he said.

C.T.E. can cause symptoms from memory loss to depression to dementia. The age range of those in the study was from 23 to 89.

Physical defensive lineman Koran Crump, who delivered a clean sack last season on UCLA quarterback Josh Rosen, taking him out of the game, is aware of the risk that comes with football beyond injuries and C.T.E., but still, won’t let that slow him down.

“Concussions ain’t nothing to play with,” Crump said. “(I) hear that. I love this game and still go out there and play.”

ASU senior running back Kalen Ballage plays a physical and demanding position that requires him to run between tackles and subjects him violent hits in open space. He does not intend to shy away from the contact sport.

“I don’t even worry about that at all,” Ballage said. “I play football. It’s the game I love. I’ve been playing it since the third grade so it’s something that’s important to me. I’ll continue to play until I can’t anymore.”

In the last two seasons, Ballage has run the ball 251 times and caught it 56 times with almost every play ending with a defensive player going full speed to stop him. To go through that experience almost 300 times and potentially another 150 more times this coming season can give one moment of pause.

The research was conducted by VA Boston Healthcare System, Boston University School of Medicine and the Concussion Legacy Foundation. The 177 brains that showed C.T.E. came from football players with an average of 15 years of football experience.

The 202 brains studied were put in a variety of groups. Three of the 14 former football athletes who played up to the high school level had C.T.E. At the college football level, 48 of 53 players were diagnosed C.T.E.

“At the end of the day, I don’t let it dwell on me,” Calhoun said. “You’re playing this game because you love the game.”

The 202 brains studied were donated from families who believed their loved ones were suffering from CTE. Critics of the study have pointed out that it was not a random selection.

Not all were impacted by the study.

“I try not to think about it,” ASU redshirt sophomore John Humphrey said. “I don’t know.”

For many of the players, it was evident this was not their preference of discussion heading into the season.

The NFL last year pledged $100 million toward the development of new technology and more research on the effects of head injuries.

Even with the latest research, many still choose to play.

“If I had somewhere to die,” Calhoun said, “I would die on the football field because I’m doing something I love.” 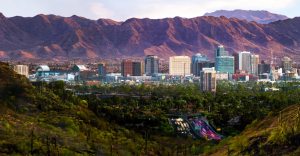 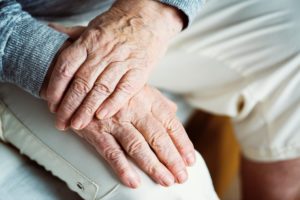 By Ashlee Vance | Bloomberg Novak Djokovic, age 35, sometimes hangs out in a pressurized egg to enrich his blood with oxygen and gives pep 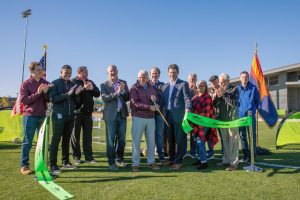