It’s said God created the world in seven days. It has taken 3,650 days, however, to develop the Red Rock switching facility along the east side of I-10 near Picacho Peak on state trust land. And they’re not at all finished.

Officials involved in the project since 2006 either have no responded to numerous requests for information or aren’t offering detailed explanations. Several sources told Rose Law Group Reporter they have been in the dark about progress on the 950-acre project.

Union Pacific did send a generalized statement indicating the size and cost of the project are being studied, and no one apparently is in a hurry to finalize plans.

“[The] Arizona State Land Department, in updating data which had been originally developed in 2007 or was incomplete, had identified a reconfiguration with lower infrastructure costs that may better suit both Union Pacific and the interests of the [state land] Trust,” wrote Jeffrey A. Degraff, Union Pacific media spokesman.

“Until UP concludes their due diligence on the reconfigured site, there really is no other update.”

Initially proposed by Union Pacific in 2006, the project would involve the purchase of 950 acres of state trust land by Union Pacific near Red Rock in central Pinal County. The land would be developed into a Union Pacific classification yard where rail cars would be separated and classified and trains assembled, improving Union Pacific’s ability to create value for its many customers in Arizona. Advocates of the project believe the new yard will create jobs and generate new tax revenue for local governments and schools.

The State Land Department has a Constitutional obligation to ensure all transactions are in the best interest of the State Land Trust, which provides funding to Arizona’s public schools, universities, and other institutions.

“The scope of the process we have collectively defined is critical to establishing the framework which could make the sale of this property a win for the Trust,” said then-Land Commissioner Vanessa Hickman.

In 2006, Steve Miller, chairman of the Pinal County Board of Supervisors, said Pinal County was determined to do everything possible to ensure the project’s success and to ensure the concerns of nearby land owners and residents are fully addressed.

At the time, then-Governor Jan Brewer was criticized for “dragging her feet” on the project, Rose Law Group Reporter reported. Union Pacific publicly stated it had budgeted money to purchase the state land and start construction, but Brewer would not instruct the land department to sell the land, even after Union Pacific obtained the necessary rezoning entitlements from Pinal County.

What Atkins told in 2006, appears to hold true today.

“UP has given us the indication they’re not in any big hurry,” Atkins said. “The timing for UP might have been more challenging when the project was proposed in 2006.”

Consultants recommended a sale of the state land, but added the rail yard posed significant environmental and engineering challenges

The Red Rock rail yard would create about 290 permanent, high-paying jobs in the area, UP said. 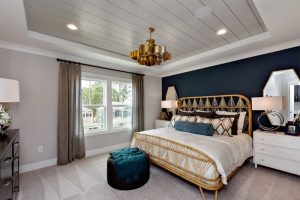 By Jay Taylor | InMaricopa A 1,000-acre parcel south of Maricopa could be the site of one of the next major housing projects around the 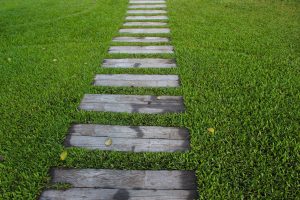 By Howard Fischer | Capitol Media Services Rep. John Kavanagh is in a turf war. Over turf. The Fountain Hills Republican has proposed a state 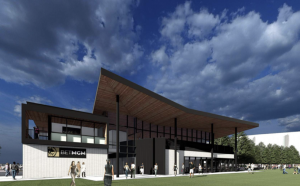 (Photo via EMD Electronics Facebook) By KTAR PHOENIX — A company that makes materials for semiconductors announced Tuesday a new factory would open in Chandler,