Council Delegate Nathaniel Brown with Kayenta Mine workers during the “Yes to NGS” rally at the Arizona State Capitol in Phoenix, Ariz. on June 6, 2018/BBS News

The board of directors overseeing the Central Arizona Project canal on Thursday approved two deals for power to partially replace what they expect to lose next year when the embattled Navajo coal plant near Page closes.

Coal miners from the Kayenta Mine protested at the state Capitol on Wednesday and attended the board meeting of the Central Arizona Water Conservation District, asking the board to put the vote on hold for three months.

They said time was needed for Chicago-based Middle River Power to put together a proposal to buy the Navajo Generating Station and prevent its closure.

The board did not listen. The vote was unanimous except for one member, Mark Lewis, who abstained because of a conflict of interest.

Lewis is on both the CACWD board and the council of Salt River Project, the electric company that runs the plant and decided last year it was no longer economical. 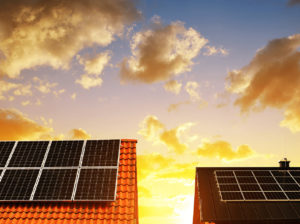