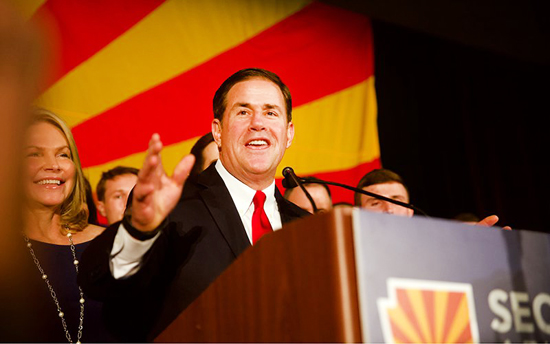 The crowd thrust campaign signs in the air as Republican Gov. Doug Ducey took to the podium Tuesday night to declare victory at the Doubletree Resort in Scottsdale. The Associated Press called the race for Ducey early in the evening.

“If you voted for me thank you,” Ducey said. “If you didn’t, I will work for you. My goal these past four years has been to be governor of all the people.”

He wished his Democratic challenger David Garcia the best, and he thanked Green Party candidate Angel Torres for being in the race.

“No matter the outcome, the candidates have contributed to giving Arizona a voice and a choice,” Ducey said.

Garcia congratulated Ducey on his win at a packed Democratic watch party at the Renaissance Hotel in downtown Phoenix. He reminded the crowd why he entered the gubernatorial race. “I stepped in because of my fight for public education,” Garcia said.

In interviews with Cronkite News, Ducey and Garcia both had education as a main priority in their campaign platforms. Garcia touted his experience in education as an associate professor at Arizona State University, saying Arizona’s educators trusted him more than Ducey, who was the CEO of Cold Stone Creamery before he took office in 2015.

Under Ducey, Arizona has become America’s leader in school choice, but at a cost, according to The Arizona Republiceditorial board. But a 2018 WalletHub study, which considered test scores, dropout rates, funding and student safety, put the state’s public school system at 47th in the country.

Ducey has supported such policies as Proposition 305, which would expand a voucher program that allows parents to pay for private schooling with tax dollars. Critics say the measure likely would siphon funds from public schools, which already are underfunded. Garcia has supported eliminating the seven-year-old voucher program and focusing on improving public schools.

Border policy was another sticking point during the governor’s race, with Ducey praising the results of his Border Strike Force, an initiative that combines collaborative intelligence operations with border patrolling. Ducey said it has stopped drugs and criminals from entering the country since it began in 2015. According to azcentral.com, there isn’t enough information or data about what they do to determine how effective the force has been.

Attack ads targeting Garcia have focused on his criticisms of President Donald Trump’s proposed border wall. He told Democrats at a convention to imagine a wall-less Arizona, according to KTAR. He also called for reforms to Immigration and Customs Enforcement, according to Arizona Capitol Times.

Ducey campaigned on his accomplishments, which include growing Arizona’s economy. According to an analysis by Capitol Media Services, employment has increased more under his administration than under the previous administration. Arizona’s job growth is better than California’s but worse than Utah’s, according to the article.

However, Arizona Republic columnist Robert Robb questioned how much Ducey’s policies affected the economy, as opposed to his predecessor’s policies.

Garcia earlier in the campaign touted his refusal to take campaign money from private companies, according to phoenixnewtimes.com. But his campaign raised less than a third of Ducey’s finances, according to azcentral.com. To try to make up for this, Garcia relied on young and minority voters. Registration among young voters has increased this election cycle, but they are still the lowest participating age group, according to Cronkite News. 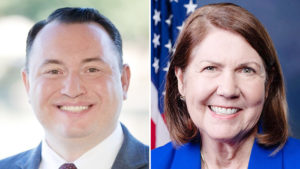 In Arizona’s CD2, Rep. Ann Kirkpatrick takes ‘nothing for granted’ in challenge from Brandon Martin 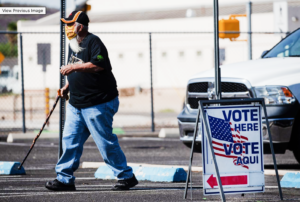 Fontes asks judge to rule vote by video is legal

Gilbert Silva walks through the parking lot of the Valencia Library located at 202 W. Valencia Road to cast his vote during primary election day 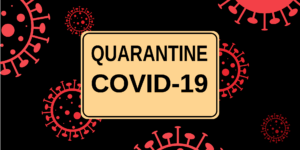 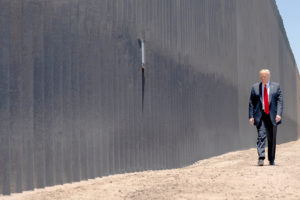 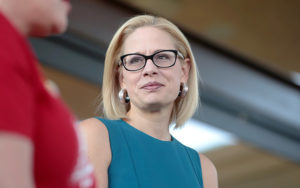 Arizona Sen. Kyrsten Sinema, in a photo from 2018, is the rare Senate Democrat who has not gone on record against a GOP plan to 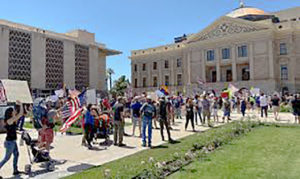 Rally calls for an end to mask mandates, end to COVID-19 executive orders 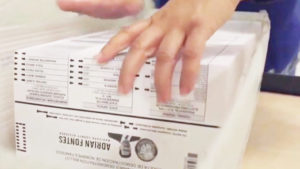 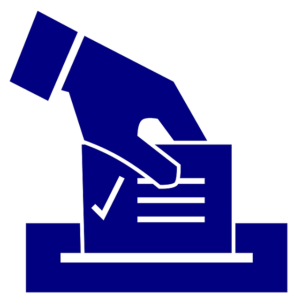 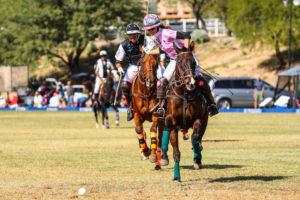 In Arizona’s CD2, Rep. Ann Kirkpatrick takes ‘nothing for granted’ in challenge from Brandon Martin

Fontes asks judge to rule vote by video is legal

Gilbert Silva walks through the parking lot of the Valencia Library located at 202 W. Valencia Road to cast his vote during primary election day