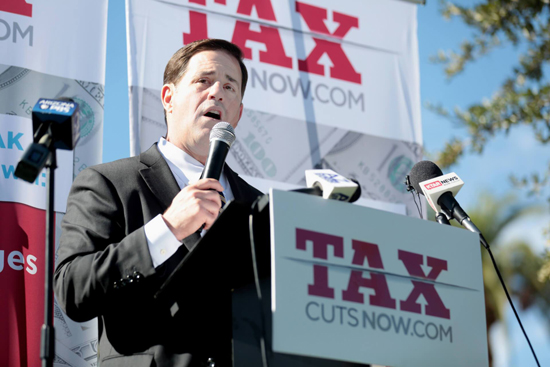 Gov. Doug Ducey wouldn’t close the door to a special session this year to conform Arizona’s income tax code the federal code, but said he believes the issue can wait until the legislative session begins in January.

“We’re talking about what needs to be done, if anything, in special session. I’m confident that we can do what we need to do in the traditional session, but we are having some discussions around that,” Ducey told reporters on Friday.

House Speaker J.D. Mesnard, R-Chandler, is pushing for a special session to conform Arizona’s tax code with the federal tax reform package passed at the end of 2017. The federal tax bill presents unique questions for Arizona’s annual conformity exercise: Fully conforming would eliminate a host of deductions and write-offs, which is estimated to cost Arizona taxpayers somewhere between $174 million and $228 million in the current fiscal year.

Mesnard is opposed to full conformity because it would increase Arizonans’ taxes.