Lost lands? The American wilderness at risk in the Trump era 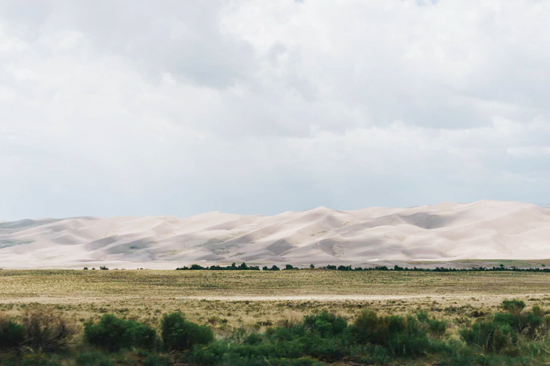 Sand dunes in the southern Rockies. /Photograph/Jen Byers for the Guardian

A new study reveals the vast extent of public lands being opened up to the energy industry. The Guardian heard from three communities on the frontlines

By Charlotte Simmonds, Gloria Dickie and Jen Byers | The Guardian

In the great expanses of the Grand Staircase-Escalante national monument, the silence hits you first. Minutes pass, smooth and unbroken as glass. The smallest sound – a breath of wind, a falling rock – can seem as loud as passing traffic.

Colter Hoyt knows this landscape well. As an outdoor guide, he walks the monument almost daily. Yet these days he is full of fear. This remote paradise of red rocks, slot canyons and towering plateaus faces an uncertain future, following a controversial presidential proclamation that removed 800,000 acres from the monument and opened land up for potential energy development.

When Trump took office in 2016, he promised the energy industry a new era of “American energy dominance”. This would only be possible by exploiting America’s 640m acres of public land: mountains, deserts, forests and sites of Native American history that cover more than a quarter of the country.

The US government has the discretion to decide what use a parcel of public land should be put towards, such as conservation, energy development or grazing. Under Trump, environmental advocates fear a shift to the extreme: land offered indiscriminately for mining and drilling, with disregard for other potential uses.

Two years after Trump came to power, a new study produced by the Wilderness Society, a not-for-profit organization advocating for the protection of public lands, and shared exclusively with the Guardian, reveals the full extent of his government’s efforts.