Ryan Boyd is a former columnist for the Downtown Devil and served as the Vice President of Policy for USGD while a student at Arizona State University. He currently sits on the boards of the Downtown Voices Coalition, Grand Avenue Members Association and Urban Phoenix Project PAC.

A cat does not negotiate with a mouse. Many of us wrongly assumed the Phoenix Suns would be the cat that would inevitably force its will against a City of Phoenix mouse on the topic of subsidizing the Talking Stick Resort Arena.

Now we find ourselves, a month later, with a lot more say in the matter. So, what should downtown do?

First, we should thank the now-famous Greta Rogers and the large number of average Phoenicians who stood up and convinced the City Council to dutifully scrutinize the deal when they punted the issue to this week and embarked on a flashy public relations campaign.

It’s not like the city doesn’t have information. The city and Suns are reported to have been negotiating this highly detailed deal for about three years, according to The Arizona Republic. However, all that work has been under seal, as public records requests for the reports were denied.

Instead, we Phoenicians originally received a curt five days to examine a term sheet and were expected to fall in line with our orange-and-purple overlords.

Unsurprisingly, this meant rumors spread like wildfire and a curtain of unhelpful noise descended upon this issue that must be dispelled.

What does this deal actually do? Here are a few key provisions:

It functionally makes the city and Suns 50-50 partners in the construction and maintenance of the Talking Stick Resort Arena since its construction in 1989 (and subsequently another City of Phoenix cash infusion in 2003).

Any city funds are to be used only for basic needs such as plumbing, electricity and Americans with Disabilities Act compliance. The city will not pay for luxury suite or retail space improvements.

The Suns will contribute $92.5 million, although how much of it will go toward luxury suite and retail space improvements and how much will go toward basic needs is not clear.

It extends the amount of time the Suns have to stay in the arena without paying a fine of $200 million by 15 years.

An obsolescence clause allows the Suns to potentially leave in 2022 if an arbitrator finds the arena obsolete and the city refuses to pay for maintenance.

It keeps the Suns responsible for maintenance and operations of the arena, but we’ll have to see if they come back for more money in another few years.

It increases the rent the Suns pay to the city from an estimated $1.5 million to $4 million, but keep in mind the language used here is “anticipated to grow” — not guaranteed.

It requires the Suns to build a practice stadium within the City of Phoenix, which it sounds like they needed anyway.

Includes a yet-to-be-defined community benefits plan which is therefore not verifiable.

Now, admittedly this deal isn’t the worst I’ve seen. Yes, you can look at the Golden State Warriors’ Chase Arena, which has no direct public funding. You can also look at the Minnesota Timberwolves’ Target Center where Minneapolis will provide $74 million of the $140 million for renovations.

For a team that is a middling 17th of 30 NBA teams in terms of value as measured by Forbes (even if they have been a lottery team for nearly a decade now), this deal remains remarkably average.

But what of the economic impact? Three hundred and thirty-five million dollars in direct, indirect and induced economic impact per year is nothing to sniff at, right?

Well, the Phoenix Biomedical Campus is reported to produce $1.3 billion each year, so there are other large contributors to the downtown economy.

In fact, I find myself in agreement with The Arizona Republic’sfact check team (and much academic research) that the fate of the stadium will not be the lynchpin of Phoenix’s success.

But unfortunately, we downtowners will be hit hard with an empty monolith on the borders of our downtown core.

The arena is a City of Phoenix building at the end of the day, and Suns games only make up less than half of the total events at the arena. I cannot in good conscience disregard 200-plus community events that find their home here each year and give so many people a taste of downtown Phoenix.

Too big to fail is a poor way to design a city, but with our options limited we must act on the hand we were dealt by our predecessors.

So if we must vote for this deal, as I have been slowly and finally convinced, it has to be with these conditions:

Not one penny more than is necessary for the maintenance of OUR arena must be given by the city. We’ll be stuck with the building either way at the end of this, so let’s repair what we have, but this should not subsidize the billion dollar company that is the Phoenix Suns.

Fifteen more years should mean 15 more years. No obsolescence out. No early leaving. If the Suns want to go, they need to pay back what was given to them.

Community benefits have to be tangible and significant. A star player occasionally being summoned from their lofty perch won’t cut it, but real investments into neighborhoods like what we saw at Harmon Park could go a long way.

Downtown Phoenix is great because it is the only place where residents have access to such a variety of opportunities. You can get an education at an Arizona university, you can eat at great local restaurants, you can experience great festivals of any topic — and right now you can still see some of America’s favorite sports champions.

I hope the Suns stay, as I think they’ll like it here better than anywhere else they could possibly go. But let us remember that downtown is not a building, nor an individual, nor a sports team; it is every Phoenician, and the City Council should vote accordingly. 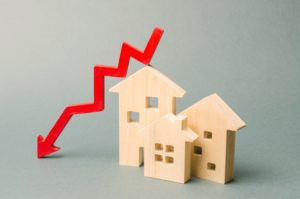 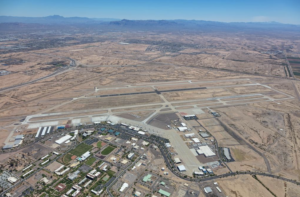 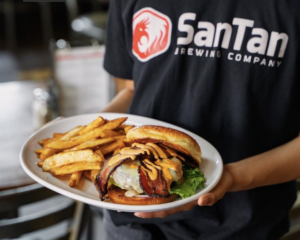 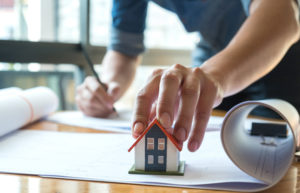