Defeated lawmaker speeds his way to a Uber gig 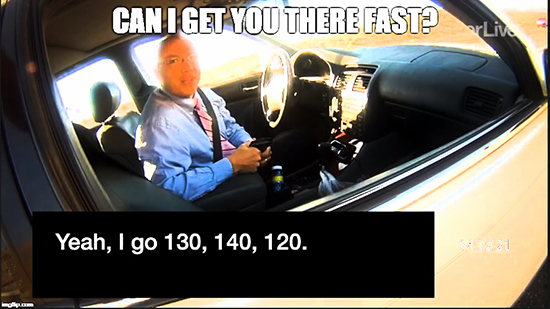 A Yellow Sheet Report source recently took an Uber and surprisingly found the driver was former state lawmaker Paul Mosley, who lost his re-election after claiming legislative privilege to try to avoid a criminal speeding ticket. Mosley was driving nearly MPH per hour, and bragged to the police officer he sometimes drives 140 MPH.

So how did Mosley get the job with his driving record? He was stopped for excessive speeding an additional five times since February 2017 and also for blowing through a stop sign and for having a 16-year-old in the car without a seatbelt, but in each case,

Mosley was let off with warnings. When Mosley’s face popped up on the source’s phone, they were tempted to cancel the ride.

The Yellow Sheet source said that according to his Uber profile, he has a 4.87-star ranking, knows French, and has unlocked the excellent service and 50 five-star rides achievements.