Meck: ‘The state of the city of Buckeye is excellent’

With only 5% of its 640 square miles developed, the city of Buckeye’s room for growth was a theme of Mayor Jackie Meck’s recent State of the City address.

And if projections come true, the city’s current population of 80,000 will reach 1.5 to 1.8 million residents in the next 50 to 100 years. That projected growth is something for which the city is preparing, Meck assured during the April 10 Palo Verde Energy Education Center talk.

Currently, as he summarized, “the state of the city of Buckeye is excellent.”

“I don’t consider myself a politician. I consider myself a resident of Buckeye that wants to see Buckeye grow,” Meck said, tracing back his lineage in the fifth fastest-growing city in the nation among those with populations greater than 50,000 residents. 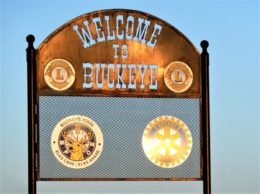 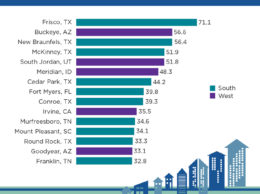 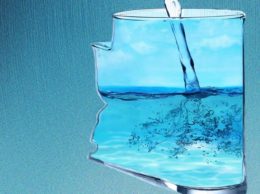