FLORENCE – Pinal County Supervisor Anthony Smith announces that he will not run for re-election representing District #4. Smith said, “In 2008 when I was elected into my first public office, I had no idea I would have the pleasure of serving the people for twelve years. As I examine where I am in my life and what opportunities I might have waiting behind the next door, I know it is time for me to head in a different direction. That said, I announce today that l will not run for re-election as County Supervisor.”

Reflecting on the progress Pinal County has made in the last few years, Anthony Smith said, “The County is very different from when I started my county service in 2013. In 2013, we were still feeling the impact of the Great Recession. The unemployment rate had soared to 13 percent with hundreds of jobs lost in the housing, agriculture and retail businesses. Sadly, families were being disrupted and economic growth was basically non-existent.”

Smith added, “Today, Pinal County’s unemployment rate is around 4 percent. In fact, Pinal County was the first Arizona County to regain all jobs lost to the recession. New job opportunities abound. Our economy is being diversified with thousands of new high-tech jobs in industries such as green energy, automotive, aerospace, tourism and many others.

Smith noted that when he came into office, he wanted to inject change. “I wanted to be transformational in my actions, framing a future worth striving for. Coupled with our county leadership team and everyday workers, we definitely are a winning team.”

Just recently, Forbes listed Pinal County government as one of America’s Best-in-State Employers for 2019. The Supervisor believes this is something Pinal County can be proud of.

When asked what he considered his biggest accomplishment as Supervisor, Supervisor Smith said, “In 2014 as Chairman of the Board I lead the effort to re-think the county’s Strategic Plan. I believe much of the success we’re having today is a result of driving to a roadmap that’s focused on growing jobs, improving of transportation network, increasing our quality of life and achieving financial stability.”

Smith is thankful for the support he received during his time as a public servant. “I especially want to thank Nancy, my loving wife and my family for their sacrifice and sharing time to allow me to be a public servant. In addition, many thanks to Marlene Pearce, our District Administrator, for her professionalism and loyal service too.”

NEXT ARTICLE →
Rep. Schweikert: There’s ‘something wrong’ with our young males 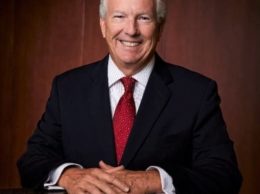 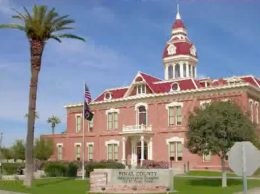 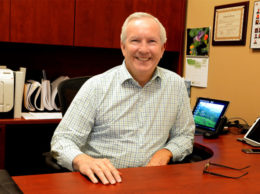 State of the County to address Pinal growth, teamwork