Supreme Court to hear case on takeover of Johnson Utilities

The owners of Johnson Utilities are going to get a chance to argue that the takeover of the management of the firm by state regulators is illegal.

In an order Wednesday, the Arizona Supreme Court agreed to review a lower court ruling which concluded the Arizona Corporation Commission was within its power when it handed the day-to-day operations last year over to EPCOR, another utility. That other company is still running Johnson Utilities.

Wednesday’s order does not mean that George Johnson and family members will regain control. But it does give him the best chance so far, as he and his company have been rebuffed in prior legal fights.

Potentially more significant, it sets the stage for the state’s high court to decide once and for all exactly how much power regulators have to wrest control of an operating utility from its current owners, and over their objections.

The commission order follows a 14-day hearing last year, which dealt with what regulators concluded were significant issues with the operation of the utility, including low water pressure and leaking sewage. Tied to that were questions of not just billing practices but also whether the company was spending the money necessary to ensure safe and reliable operation.

That order allows Johnson Utilities to regain control of the water and wastewater company that serves about 35,000 customers in the Florence, Queen Creek and San Tan Valley area only after showing it “would not present an unreasonable risk of service.”

NEXT ARTICLE →
Arizona Supreme Court to review decision over use of frozen embryos when couples split, a case with no clear rules, says Audra Petrolle, Rose Law Group family lawyer

← PREVIOUS ARTICLE
Court: Johnson family can argue to get Pinal utility back 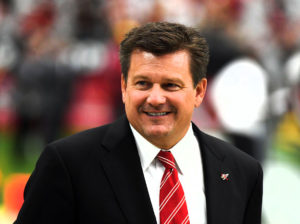